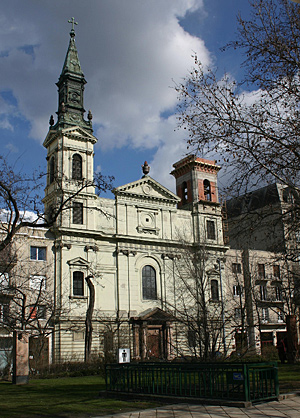 The support program includes in particular the restoration of the Cathedral of the Dormition in Budapest, the church of the Holy Trinity in Miskolc and the church of St. Nicholas in Tokay.

The Cathedral of the Dormition in Budapest is the oldest Orthodox church in Hungary. It was built in 1791-1801 with the participation of one of the outstanding architects of the 18th century, Miklos Ibl. During the Second World War, the cathedral was seriously damaged, with one of its towers destroyed. In the period from 2006-2009, when the diocese was ruled by Bishop Hilarion of Vienna and Austria (now Metropolitan, head of the Moscow Patriarchate department for external church relations), some restoration work was carried out in the church. However, it failed to be finalized. In 2016, the Russian Orthodox Church’s diocese of Hungary managed to secure a fund allocation for completed the second, final, part of the work.

The government has issued an instruction to give a state grant for the construction of a new Orthodox church in Heviz, the website of the Russian Orthodox Church’s Diocese of Hungary has reported.