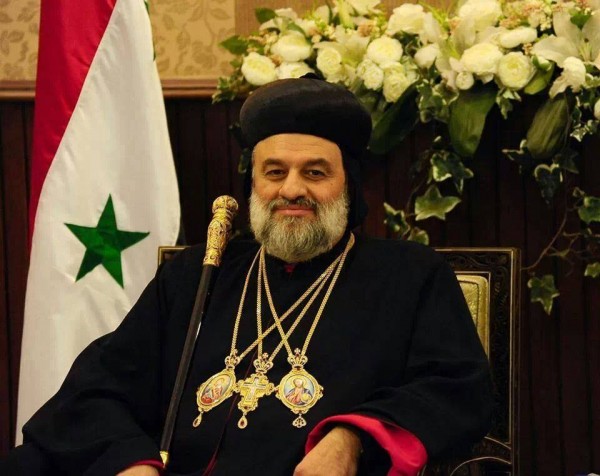 During his first visit to Russia, which will last through November 13, the religious leader is expected to meet with Patriarch Kirill, Russian Foreign Minister Sergey Lavrov, and the head of State Duma’s International Affairs Committee Alexey Pushkov, the Synodal Information Department said.

The Jacobite Syrian Christian Church is one of the oldest Christian denominations in the Middle Eastern region and is part of the family of the ancient Eastern churches. Most of its communities are based in Syria and Iraq where persecution of Christians has risen sharply in the past few years.

The fate is still known of two Syrian hierarchs, Metropolitan Paul of Aleppo (the Antioch Orthodox Church) and the Syrian Jacobite Metropolitan Yohanna Ibrahim of Aleppo, who were captured by militants in 2013.

According to the Synodal Department for External Church Relations, around 30% of Christian churches in Syria have been damaged or ruined. Over 700,000 Christians have already left the country. In Lebanon, the last regional state where Christians still make up a significant proportion of the population, clashes with Islamists have occurred on the areas bordering with Syria, local Christians set up armed volunteer self-defense squads.

Until 2003 there were around 1.5 million Christians in Iraq, or 5% of its total population. The rise of extremism in that country has led to massive exodus of Christians: by 2015 their number has dropped to approximately 150,000 people.