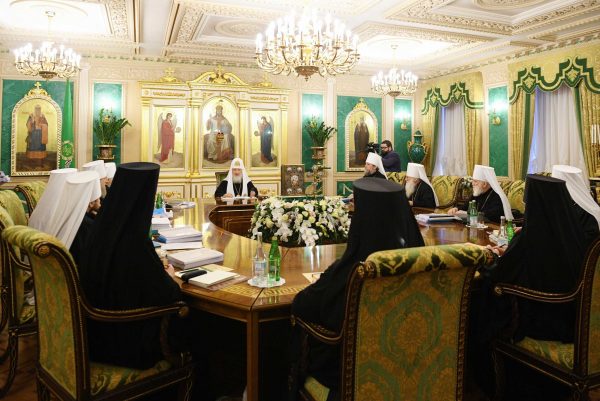 At its session in the Patriarchal and Synodal Residence in St. Daniel Monastery in Moscow on December 28, 2008, the Holy Synod of the Russian Orthodox Church considered the church affairs in Western European countries (Minutes No. 105) and countries in South-East Asia (Minutes No. 106).

Bishop Ioann of Bogorodsk has been appointed as head of the Patriarchal Exarchate in Western Europe with the title ‘Bishop of Korsun and Western Europe’. His Grace Ioann is appointed as ruling bishop of the Diocese of Korsun with retaining the temporary administration over the Russian Orthodox Church Parishes in the Republic of Italy.

In addition, in connection with a considerable progress made by the mission of the Russian Orthodox Church in countries of South-East Asia and expressed in an increased number of churches and communities, the emergence of clergy from among the local population, an increased interest in Russian Orthodoxy and in connection with an increase in the Russian-speaking population residing in that region, it was decided to form a Patriarchal Exarchate in South-East Asia with the center in Singapore.