A Photo Exhibit Titled “Russians in Shanghai: 1930’s” Opens at the Cathedral of the Mother of God “Surety of Sinners” in Shanghai

Source: ROCOR
Natalya Mihailova | 23 May 2014
The Ministry of Culture of the Russian Federation, in cooperation with the Moscow House of Photography; Alfaret Publishers; the State Literature Museum; the Ministry of Foreign Affairs of Russia and the Department of External Church Relations of the Moscow Patriarchate, have organized a photo exhibit titled “Russians in Shanghai: 1930’s.” 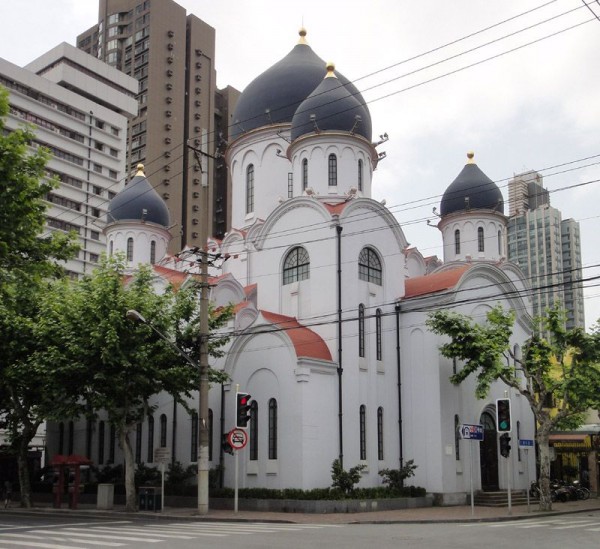 The event coincides with a visit by Russian President Vladimir Putin to the People’s Republic of China which began on May 20, 2014, with the consent of the Chinese authorities, in the building of the Cathedral of the Mother of God “Surety of Sinners,” the former cathedral of the Shanghai Diocese of the Chinese Autonomous Orthodox Church.

Forming the basis of the exposition are materials from the photo album Russians in Shanghai, published by VD Zhiganov in that city in 1936. That edition consisted of three hundred copies. This unique encyclopedia of the Russian emigre community in Shanghai in the 1920’s and 1930’s was reprinted by Alfaret Publishers of St Petersburg in 2008. This exhibition also includes materials provided by the Press Service of the Moscow Patriarchate on the services conducted by His Holiness Patriarch Kirill of Moscow and All Russia in the Shanghai cathedral in May, 2013.

The cathedral is presently being used for humanitarian services for the Russian community in Shanghai, part of a joint effort by the Russian Federation and the Russian Orthodox Church to preserve monuments of Russian religious presence in China and towards the normalization of the status of the Chinese Autonomous Orthodox Church.