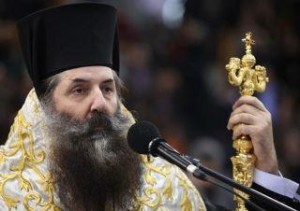 With the Greek government set to construct an official mosque, a leading Greek Orthodox Church leader has asked the country’s highest court to block it as unconstitutional. Bishop Seraphim of Piraeus told the Council of State that the plans violate Article 13 of the Constitution, which stipulates freedom of religious conscience. He said the construction of a mosque should be preceded by an impact study on ethics and public order, the newspaper Kathimerini reported. Seraphim, known for his anti-Semitic remarks, also told the court that he believes it goes against the constitutional principle of equality, as religious minorities wishing to erect a place of worship in Greece have so far had to apply for a building permit from the authorities. “Building a mosque in the center of Athens will not only damage public order and the morality of Greek society but also trigger a series of events which will, with mathematical certainty, dismantle the cohesion of the Greek nation as a Christian Orthodox people,” he said earlier.