Plenary session of the Inter-Council Presence opens in Moscow

Source: DECR
Natalya Mihailova | 30 January 2015
On 29 January 2015, a plenary session of the Inter-Council Presence opened in the Hall of Church Councils at the Cathedral of Christ the Saviour under the chairmanship of His Holiness Patriarch Kirill of Moscow and All Russia. 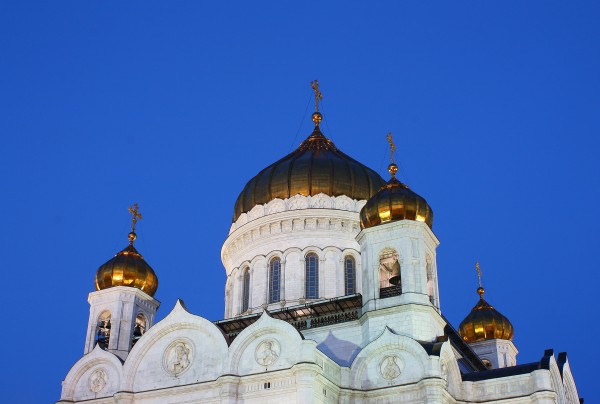 The session began with the prayer said by archpriest Vladimir Divakov, the Patriarch’s secretary.

The Primate of the Russian Orthodox Church addressed the members of the Inter-Council Presence, calling them to active discussion. He underscored the important role played by this advisory body in assisting the church governance and said:

‘You have been chosen by the Holy Synod for doing a special task in the Church. One has become a member due to his rich experience at major posts, another – due to his successful social work, still another – because he makes himself useful at the place to which God has put him. We all are a voice of the Church at present expressing in plain language the eternal Gospel truth, and should be convincing in our answers to the questions put by our age.’

The members of the Inter-Council Presence approved the programme and composition of the working groups and began to discuss a document ‘On the participation of the believers in the Eucharist’ (on the preparation to the Holy Communion).