New wording for Catholics asks God not to ‘let us fall into temptation’
Pravmir.com team | 07 June 2019 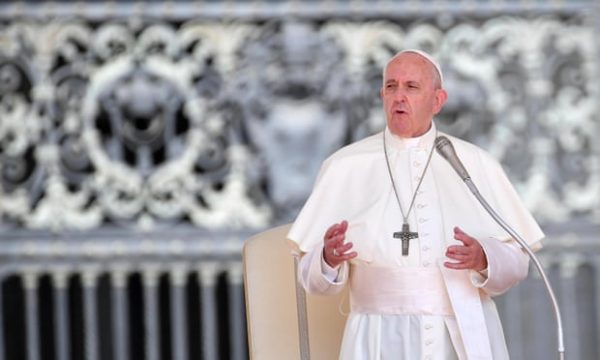 Pope Francis said in 2017 that the prayer should be altered. Photograph: Ettore Ferrari/EPA

Its words are memorised by Christian children all over the world and repeated at almost every act of Christian worship: “Our Father, who art in heaven….”

Now Pope Francis has approved a change to the wording of the Lord’s Prayer. Instead of saying “lead us not into temptation”, it will say “do not let us fall into temptation”.

The new wording was approved by the general assembly of the Episcopal Conference of Italy last month. It will appear in the third edition of the Messale Romano, the liturgical book that contains the guiding texts for mass in the Roman Catholic church.

The pope said in 2017 he believed the wording should be altered.

Last year Pravmir posted a commentary by Fr. John Whiteford on whether Pope Francis is correct when he says that the clause in the Lord’s Prayer, “and lead us not into temptation…” is a mistranslation. Take a look at it to see how Fr. John proves that Pope Francis is wrong.