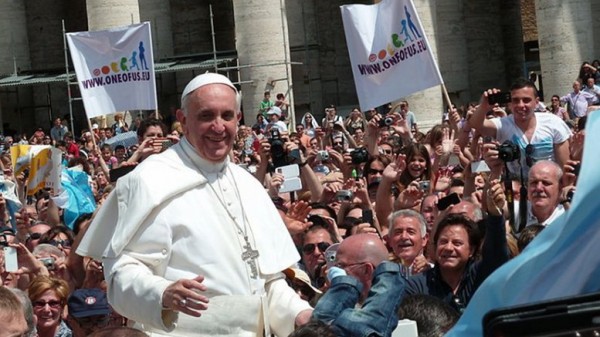 Millions of children have either been killed, displaced or orphaned as a result of Syria’s ongoing, bloody civil war.

Some have witnessed bombings, the death of friends and loved ones, and have been forced to leave their homes and villages, seeking refuge in places where soldiers and gunfire don’t wake them up at night.

Hundreds of Syrian children, scarred by five years of civil war, will now be the protagonists in a special June 1 prayer event, which takes place on International Children’s Day and will join together Christians from both Catholic and Orthodox Churches in Syria to pray for peace.

Backed by both Catholic and Orthodox leaders in Syria, the event will gather hundreds of children from different denominations, who will lead processions in ravaged cities throughout Syria such as Damascus, Aleppo, Homs, Tartus and Marmarita.

In a show of support for these children and all those suffering due to the country’s gruesome war, Pope Francis on Sunday gave a shoutout to the event after celebrating Mass for the Jubilee of Deacons, urging children around the world to join their peers in Syria in praying for peace June 1.

“This Wednesday, June 1, on the occasion of International Children’s Day, the Christian Community of Syria, both Catholic and Orthodox, will participate together in special prayer for peace, which will have children as the protagonists,” the Pope said May 29.

“The Syrian children invite children from all over the world to unite with them in their prayer for peace,” he said, and led the deacons and other pilgrims present at the Mass in praying the Angelus.

Francis’ promotion of the event fell the day after giving a speech to children, which he centered on the heartbreaking story of a young Syrian girl who drowned at sea in an attempt to reach Europe after fleeing the war with her family.

He assured the children that he didn’t want to make them sad, but instead wanted to tell them the truth: “they are in danger – many boys and girls, small children, men, women – they are in danger.”

The June 1 prayer event is being promoted by Catholic charitable organization Aid to the Church in Need, who is asking children from schools and parishes throughout the world to join the youth in Syria in praying for a peaceful end to the conflict.

In a joint message issued by Syria’s Catholic and Orthodox Patriarchs, the leaders said the children will gather and pray so that “peace may come at last.”

“The children in our own home country of Syria are the little brothers and sisters of the suffering Child Jesus,” they said.

For more than five years these kids have been “dragged through a cruel war, wounded, traumatized or even killed,” they said, explaining that “their tears and their sufferings cry out to heaven.”

They noted how Jesus, the God of all creation, chose to become a defenseless child. Often times the Christ Child is portrayed not as a naked infant in a manger, “but as a King, holding in his left hand the globe, representing the world, and with his right hand blessing the whole earth.”

Because of this, the June 1 event has been entrusted to the patronage of the Child Jesus, as well as the Catholic image of Infant of Prague and the Orthodox icon of “The Mother of God of the Never Fading Rose,” in which the Blessed Virgin Mary is depicted holding a crowned Christ Child in her arms.

The children will carry both of the images with them during the June 1 processions.

In their message, the Catholic and Orthodox leaders of Syria asked God to “Protect and save the children of this land! Hear our prayers, now! Delay no longer in granting peace to our land! Look upon the tears of the children; dry the tears of the mothers; let the cries of grief at last fall silent!”

“Pope Francis was very tender with her, her husband, who was in prison, and thanked her for her…