Syria’s Catholic and Orthodox children to pray together for peace

Source: Aid to the Church in Need
Natalya Mihailova | 24 May 2016
Children from Syria’s different Christian denominations will be joining together to pray for peace in the country on International Children’s Day. 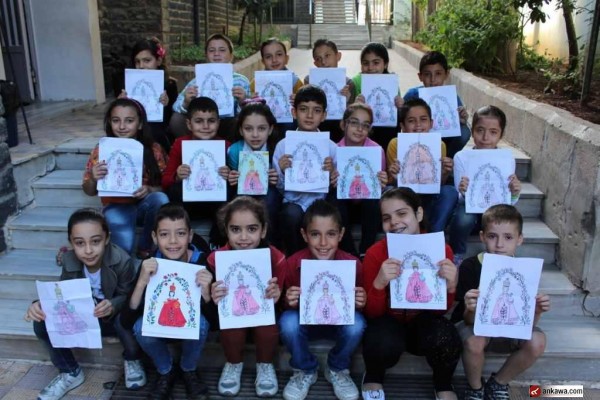 The plan, which is being backed by Syrian Church leaders, was described in a joint message from the country’s Catholic and Orthodox Patriarchs. They wrote: “On this International Day of the Child, Christian children in many of the towns and cities of Syria are going to gather together and pray that peace may come at last.”

On 1st June hundreds of children are expected to gather together for processions in Damascus, Aleppo, Homs, Tartus and Marmarita to pray for peace. The Patriarchs added: “The children in our own home country of Syria are the little brothers and sisters of the suffering Child Jesus. For more than five years now they have been dragged through a cruel war, wounded, traumatised or even killed. Many have lost their parents and everything that was dear to them. Innumerable children were born during the war and have never experienced peace. “Their tears and their sufferings cry out to Heaven.”

This prayer campaign grew out of an initiative organised by Catholic charity Aid to the Church in Need. Last month the charity arranged a visit by an international Catholic-Orthodox delegation to representatives of all the Christian Churches in Syria to talk about joint initiatives for peace and reconstruction in Syria.

Syria is a priority country for Aid to the Church in Need and the charity is providing food, shelter, medicine and pastoral support for Christians and others suffering poverty and persecution. Maronite Bishop Antoine Chbeir of Lattakia told ACN that he hopes that the children’s example will mark the beginning of a renewed prayer initiative for Syria. He said: “We are hoping that this campaign will continue, so that the light of peace can shine forth brightly.”

Aid to the Church in Need is also asking children in schools and parishes throughout the world to join together with Syria’s young people to pray for peace.

The Patriarchs’ message goes on: “The defenceless Child, in whose form God chose to become man, is at the same time the Lord of history. The Prophet Isaiah foretold this Child as ‘Prince of Peace’ and ‘Wonderful Counsellor’. That is why the Christ Child is often portrayed, not only as a naked child in the manger, but as a King, holding in His left hand the globe, representing the world, and with His right hand blessing the whole Earth. The Christ Child has come to bring peace.”

The campaign has been placed under the patronage of the Child Jesus – and two similar images in which Jesus is dressed as a king are being used as part of the prayer campaign. These are the Catholic image of Infant of Prague and the Orthodox icon of The Mother of God of the Never Fading Rose, in which the Blessed Virgin Mary holds the crowned Christ Child in her arms. The children will carry both these images in procession on 1st June.

The patriarchs concluded their message with this appeal: “We pray to Him – the Christ, the King of the Universe, who carries the world in His hand, in the arms of His mother – to bless all the children of Syria. We implore Him, who alone can bring peace: Protect and save the children of this land! Hear our prayers, now! Delay no longer in granting peace to our land! Look upon the tears of the children; dry the tears of the mothers; let the cries of grief at last fall silent!’”