Poroshenko promises not to allow legalizing gay ‘marriages’ in Ukraine

Source: Interfax-religion
Natalya Mihailova | 26 April 2016
Moscow, April 26, Interfax - Ukrainian president Pyotr Poroshenko calms down those who is concerned with legalization of unisexual unions in the country. 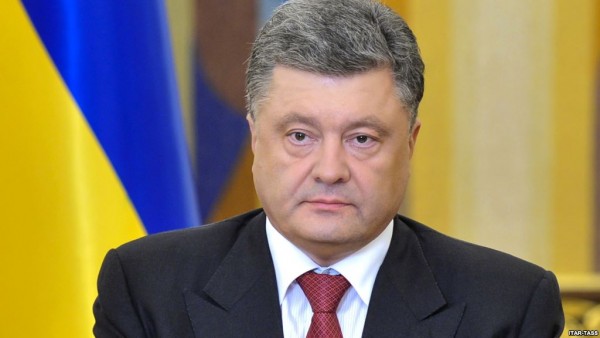 “Head of the state said that unisexual marriages will not be legalized in Ukraine,” press service of the Ukrainian Orthodox Church reports resuming the results of Poroshenko’s meeting with officials of the Pan-Ukrainian Council of Churches and Religious Organizations.

At the meeting, Metropolitan Onufry of Kiev and All Ukraine expressed his fears over possible legalization of gay ‘marriages’ in the country.

“It was noted that all members of the council share his concerns over the problem,” the message reads.

On November 12, 2015, the Supreme Rada approved of a draft law that introduced such terms as ‘sexual orientation’ and ‘gender identification.’ Metropolitan Onufry earlier said that “such novelties can become the first step to promoting homosexual life style in Ukraine and attempts to legalize unisexual unions.”

Most viewed articles
Living with Cunning People135
When Apples Are Sometimes Oranges88
The Tree Heals the Tree70
The Synodal Residence in New York hosts the Council of Bishops of the Russian Orthodox Church Outside of Russia60
The work of the Church in society is quiet, but full of hope and love, says the Director of Lumina Publications56
Patriarch Kirill: The Church Prays for the Fraternal Strife to End as Soon as Possible49
Besides intellectual instruction, young people also need prayer, Patriarch Daniel says as new academic year begins28
Voluntary Blood Donation Takes Place in Churches in Serbia26
Most popular authors
Fr. Andreas Agathokleous135
Pravmir.com team135
Archpriest Michael Gillis88
Archpriest Stephen Freeman70
Ștefana Totorcea56
Aurelian Iftimiu28