Pravmir To Translate Articles from an Orthodox Journal for Doubting, Foma 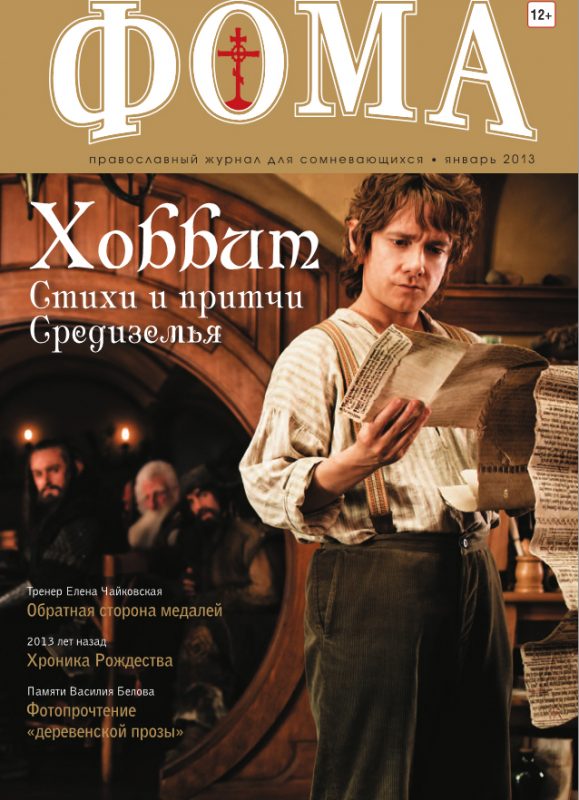 On April 11, Pravmir.com started working with Foma, an Orthodox journal. Starting from today, Pravmir.com will occasionally publish translated articles from the journal with a link to the original text.

Foma is an Orthodox journal aimed at doubting people, hence the name Foma, which means Thomas in Russian, in honor of the Doubting Thomas. It was founded in 1996 by journalists Vladimir Legoyda and Vladimir Gurbolikov. Its mission is to tell people about the Orthodox faith and the Church and its importance in the life of modern society. Foma tries to appeal to various people regardless their religious, political or other views.

Pravmir.com is looking forward to sharing Foma’s materials with our readers and hearing back from them about what topics and issues are of most interest to them. The first translated article is to be published on April 12.

Most viewed articles
The Truth About Riches176
The Muskox Response To COVID-19131
Metropolitan Onuphry Speaks on How to Protect One’s Soul From Sin101
Patriarch Porfirije Thanks the Russian Church for Participation in Restoring Serbian Churches95
Do We Act Differently Than Others?59
March for Life participants optimistic for a post-Roe America: ‘This is just the beginning’53
Most millennials, Gen Z adults support bans on abortions when baby’s heartbeat is detected: poll48
Strong Orthodox Presence at the 2022 March for Life45
Sunday of the Samaritan Woman1
Most popular authors
Pravmir.com team289
Fr. Gabriel Bilas176
Archpriest Michael Gillis131
Priest Luke A. Veronis58
Ryan Foley53
Maria Trushanina1