Source: Sputnik News
Natalya Mihailova | 10 January 2017
While Christmas is typically celebrated according to the Gregorian calendar, on December 25, the Eastern Orthodox Church observes the holiday using the old Julian calendar, on January 7. 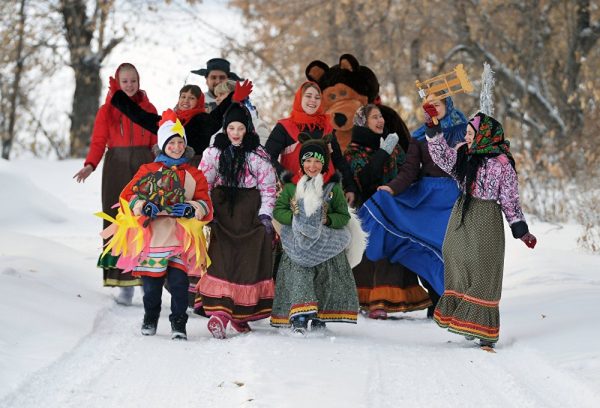 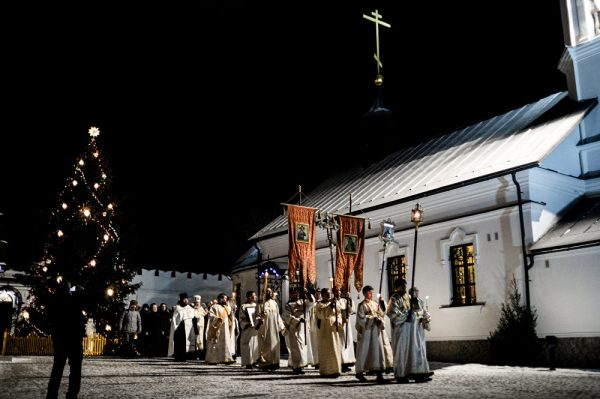 The majority of those celebrating Eastern Orthodox Christmas on January 7 live in Russia, Ukraine, Belarus, Bulgaria, Georgia, Greece, Macedonia, Moldova, Montenegro, Romania and Serbia. The holiday is also observed according to the Julian calendar by minority populations in Albania, Bosnia and Herzegovina, Kazakhstan, Israel, Jordan, Lebanon and Syria. 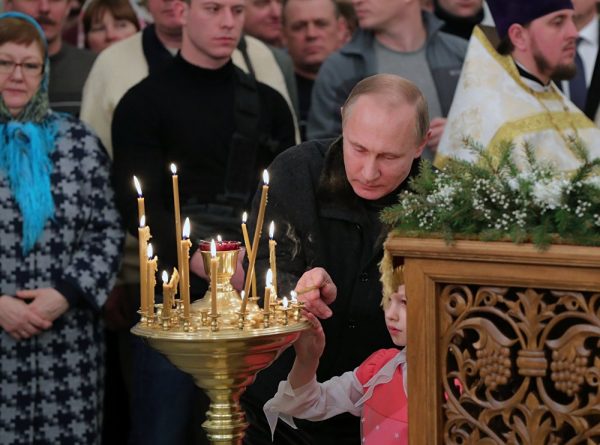 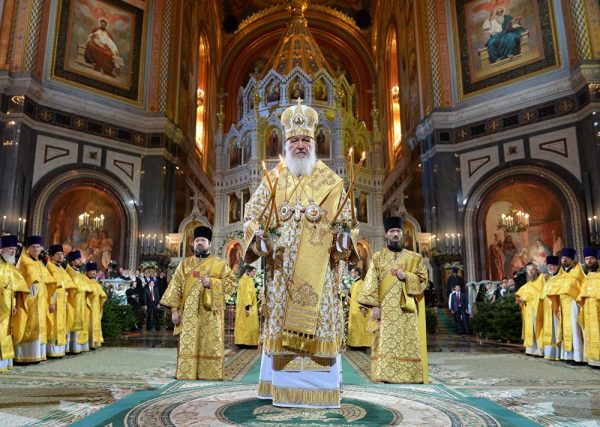 Patriarch Kirill of Moscow and All Russia holds a Christmas service at the Cathedral of Christ the Savior, Moscow. 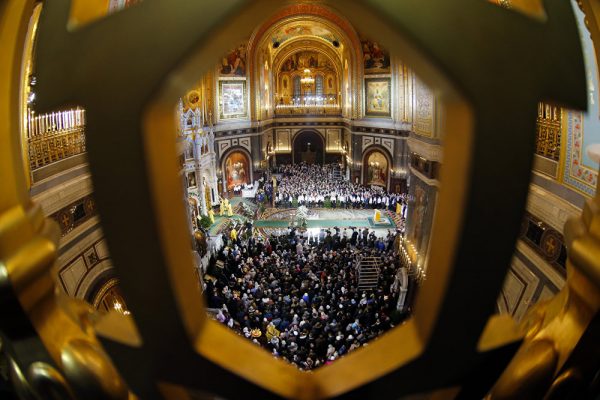 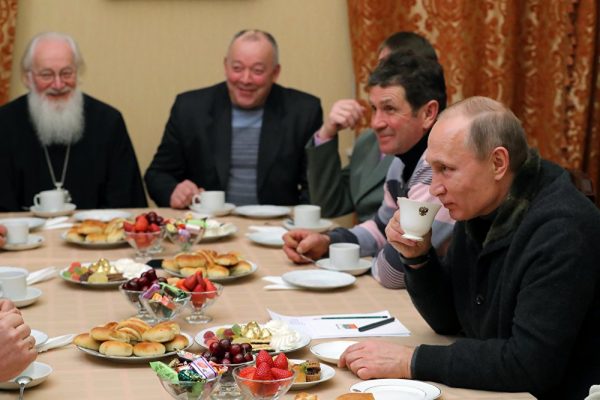 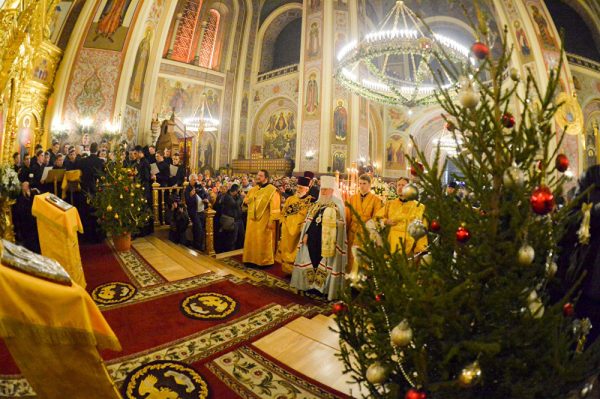 At Christmas, it is customary in many families to decorate a Christmas tree and give each other gifts. Christmas tree branches are adorned with various sweets and glowing lights. 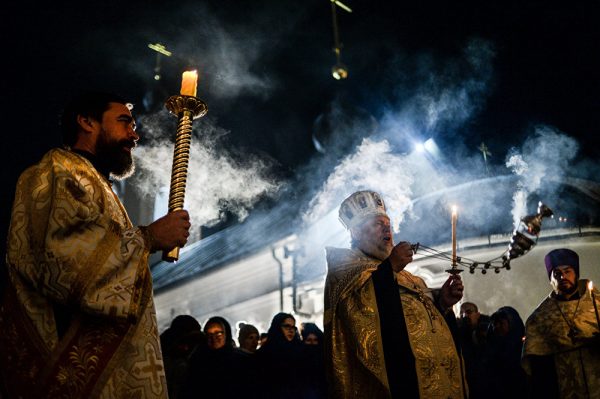 After the church service on Christmas day, people would break the fast with all kinds of meat and fish dishes, as well as a jellied or roasted goose with apples. Roasted poultry adorned the Christmas table. Chicken was served cold, while goose or duck was served hot. Cold chicken was garnished with pickles, tomatoes and herbs, while hot poultry was served with roast potatoes. In every home, there were pies and cakes made of unleavened rye dough with various fillings. The Christmastide cakes were also given out to carol singers.

In Russia, traditions and religion are combined. Christmas celebrations last from January 6 to January 18. These days are filled with ancient rites. For example, one of the main traditions is guising. 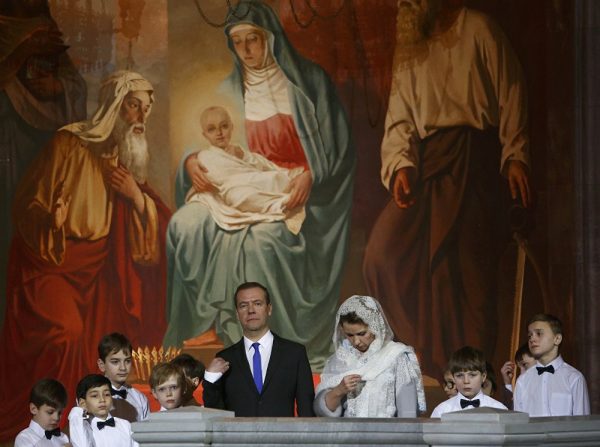 Russian Prime Minister Dmitry Medvedev and his wife Svetlana pray during a service on Orthodox Christmas at the Christ the Saviour Cathedral in Moscow, Russia January 6, 2017. 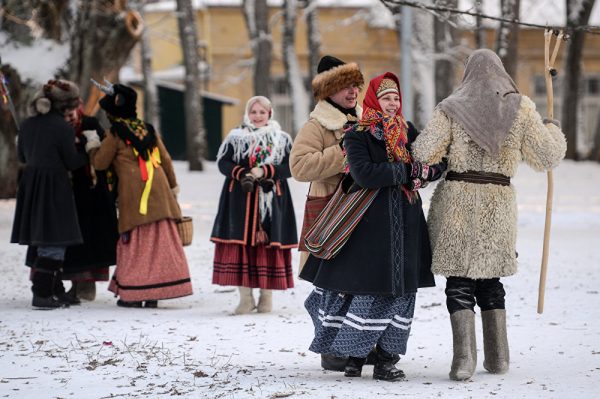 Guisers walk from house to house of friends or acquaintances singing Christmas carols in their honor and asking for a treat. Householders show generosity and hospitality to their unexpected guests and give them many gifts. 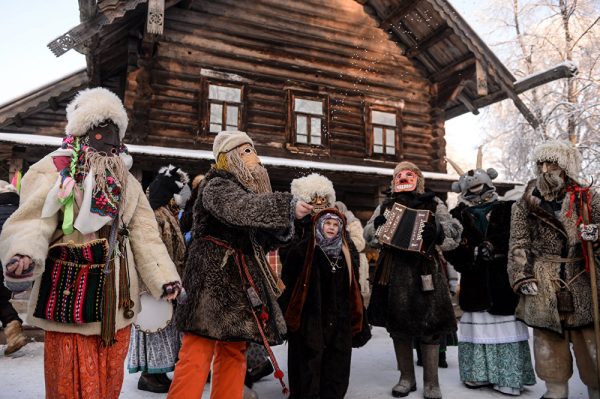 To thank the homeowners for their generous gifts, guisers perform a song wishing them a rich harvest, newborn livestock, and good order at home. Then they leave for another house. 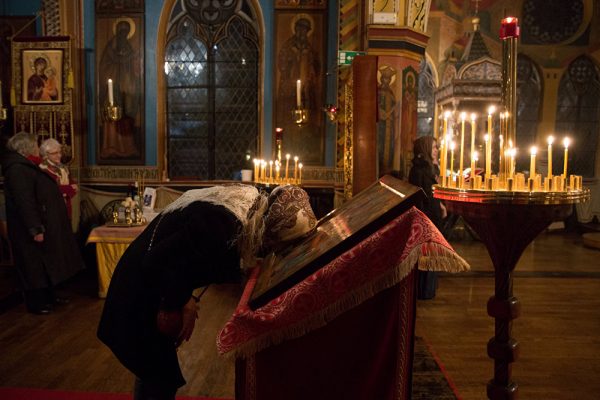 A woman prays during the Vigil mass at the Russian Orthodox church Saint Serge in Paris, January 6, 2017 on the eve of Orthodox Christmas Day, which is celebrated on January 7. 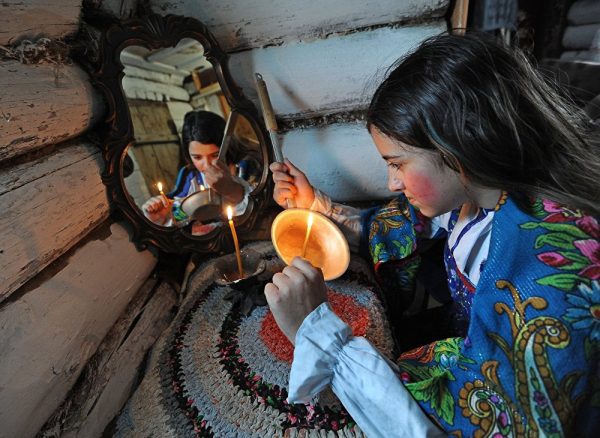 Christmastide is also known for its fortune-telling tradition. Eastern Slavs consider Christmas and Epiphany eves to be the best time for fortune-telling. If a girl wants to see her groom, she must sit in a dark room between two mirrors, light candles and peer into the gallery of reflections hoping to see her future husband. Questions about love, marriage and family life have always been the most popular in fortune-telling. 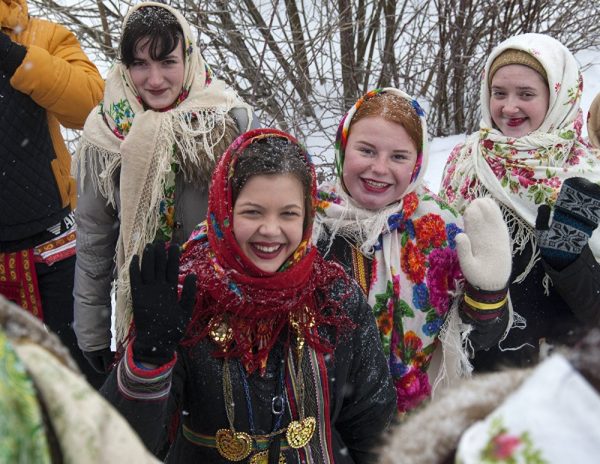 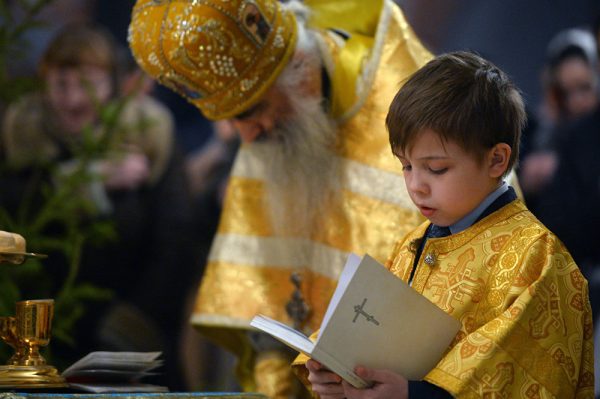 Archpriest Pavel, the rector of the church, holds a Christmas service at the Church of the Icon of The Theotokos of Tikhvin in Kazan.