On Prayer II: Prayer as Dialogue

Prayer is a dialogue. It includes not only our own turning towards God, but also the response of God Himself. As in every dialogue, in prayer it is important not only to speak out and express oneself, but also to listen to the response. God’s response does not always come directly in the minutes of prayer; sometimes it happens somewhat later.
Metropolitan Hilarion (Alfeyev) | 07 May 2014
We are pleased to announce the beginning of a new series on prayer, transcribed from television episodes presented on Russian television in the spring of 1999 by Fr. (now Metropolitan) Hilarion (Alfeyev) with the blessing of His Holiness, the late Patriarch Alexy II of Moscow and All Russia. We hope to present three sections a week, each of which is relatively brief but substantial, for a total of thirty-two episodes. 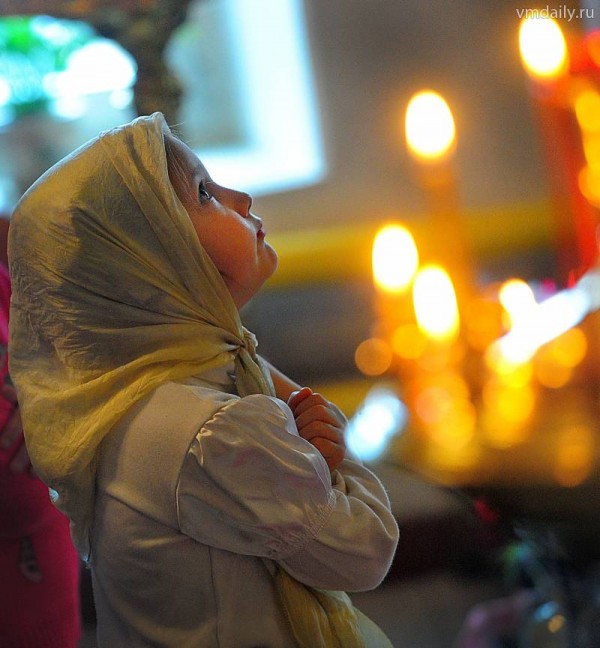 Prayer is a dialogue. It includes not only our own turning towards God, but also the response of God Himself. As in every dialogue, in prayer it is important not only to speak out and express oneself, but also to listen to the response. God’s response does not always come directly in the minutes of prayer; sometimes it happens somewhat later. It can happen, for example, that we ask God for immediate help, but it only comes after several hours or days. But we understand that it took place because we asked God for help in prayer.

Through prayer we can learn a great deal about God. When praying, it is very important to be prepared for what God reveals to us; but He can prove to be other than we had imagined Him. Often we make the mistake of approaching God with our own ideas about Him, and these ideas can obscure from us the real image of the Living God, which God Himself can reveal to us. Often people create in their own minds a kind of idol and then pray to this idol. This dead, artificially created idol becomes an obstacle or barrier between the Living God and us people. “Make yourself a false image of God and try praying to him. Make yourself an image of an unmerciful and cruel Judge, and try praying to Him with confidence and love,” remarked Metropolitan Anthony of Sourozh. Thus, we should be ready for God to reveal Himself as different than we had imagined Him. Therefore, approaching prayer, one needs to abandon all images that our human imagination and fantasy produce.

God’s response can take place in different ways, but prayer is never unrequited. If we do not hear a response, it means that something is not right in us ourselves; it means that we have not yet sufficiently tuned ourselves to the right way for encountering God.

There is an instrument called a tuning fork, used for tuning pianos; this device gives the clear sound of an “A.” The strings of the piano must be strung in such a way that the sound they produce is in strict accordance with the sound of the tuning fork. As long as the “A” string is not sufficiently taut, no matter how many times you hit the keys, the tuning fork will remain silent. But the moment the string reaches the necessary degree of tension, the tuning fork – a lifeless piece of metal – will suddenly begin to sound. Having adjusted the one “A” string, the master can then configure this “A” in the other octaves (in a piano each key strikes several strings, creating a special surround sound). Then he can set the “B,” “C,” and so forth, one octave after another, until finally the entire instrument will be configured in accordance with the tuning fork.

So it must be with us in prayer. We should tune into God, adjusting our entire life – all the strings of our soul – to Him. When we adjust our life to God; when we learn to fulfill His commandments; when the Gospel becomes our moral and spiritual law; and when we learn to live in accordance with God’s commandments, then we begin to feel how the soul responds to the presence of God in prayer, just as a tuning fork responds to an perfectly stretched string.

Most viewed articles
Seven Lessons for the New Year from St. Seraphim of Sarov245
A Great Time to Join the Orthodox Church206
New Jersey Governor Signs Bill Legalizing Abortion Up To Moment of Birth106
The Way of Christ Is The Way of Love75
Metropolitan Hilarion Celebrates the 20th Anniversary of His Episcopal Consecration59
Brooklyn Street Co-Named for Antiochian Pastor Who Served a Half Century There52
Metropolitan Hilarion: the Church and traditional confessions have done everything possible to improve the situation in Kazakhstan49
My World’s Different10
1
Sunday of the Samaritan Woman1
Most popular authors
Priest Luke A. Veronis245
Frederica Matthewes-Green206
Pravmir.com team108
Ryan Foley106
Fr. Theodore Stylianopoulos75
Peter Samore52
Protopresbyter Themistoklis Mourtzanos10