Source: DECR
Natalya Mihailova | 17 November 2015
On November 15, 2015, the 24th Sunday after Pentecost, Bishop Nestor of Chersonese celebrated the Divine Liturgy at the Cathedral of the Three Hierarchs in Paris. 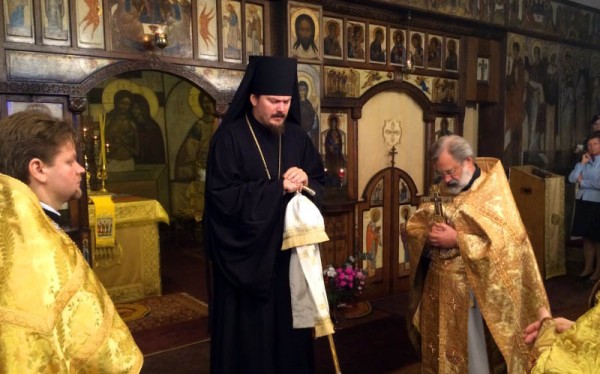 During the Prayer of Fervent Supplication, a petition was lifted up ‘for guarding those who live in this country against evil will and actions of evil people who are in animosity and for preserving this people against devil’s designs and every evil deed’. Then His Grace lifted up a prayer for healing the victims who suffered from evil human will in terrorist actions in the city of Paris and for giving consolation to their families and loved ones. 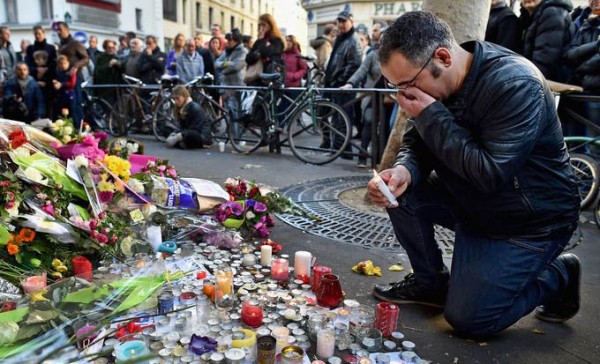 During the litany for the rest of the souls of the victims, the archpastor and the clergy prayed for those died innocent deaths in the Friday terrorist actions in the French capital city.

After the liturgy, Bishop Nestor addressed the congregation with a homily, in which he explained, using the Gospel’s story about the healing of the demon-possessed man in Gadarines, how the evil will is rooted in human nature. According to His Grace, it is clear from the reading of the Gospel that evil does not disappear with the death of the herd of pigs. ‘The pigs drowned but the legion of demons remained in the land of Gadarines. The people of that land themselves came to Christ and asked Him to go out of their country because they wanted to live their former life and to have nothing to do with Christ. Christ left but the demons remained!’ His Grace said. We can see from human history, he continued, that sometimes lawlessness breaks in the life of whole states and peoples. The recent events in Paris became another tragic testimony to the fact that this evil has acquired new forms parasitizing on religious beliefs.

The archpastor called upon the worshippers to pray not only for the French people who are suffering today, but also for Russia as she openly and effectively opposes today these new forms of evil, the website of the Diocese of Chersonese reports.