Prayer Service for abducted Syrian hierarchs to be held April 21 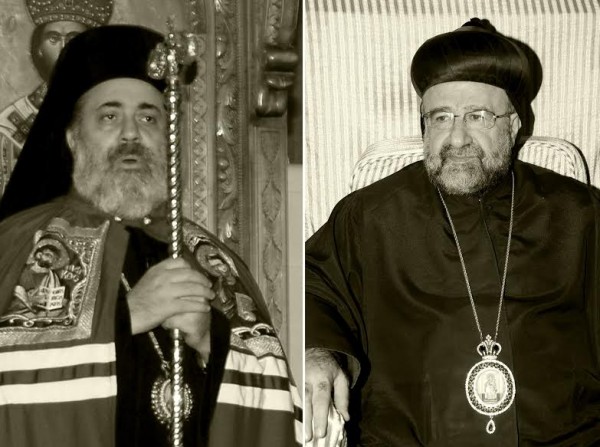 The Assembly of Canonical Orthodox Bishops of the United States of America and the Standing Conference of Oriental Orthodox Churches in America [SCOOCH] will hold a “Common Prayer Service” for the safety of the two Syrian hierarchs held in captivity—Antiochian Orthodox Metropolitan Paul Yazigi and Syriac Orthodox Archbishop John Ibrahim—and for all who are suffering calamities in the Middle East at Saint Gabriel Syriac Orthodox Church, 750 Sunset Avenue, Haworth, NJ at 7:00 p.m. on Thursday, April 21, 2016.

Metropolitan Paul—brother of His Beatitude, Patriarch John X of Antioch and All the East—and Archbishop John were abducted on the morning of April 22, 2013 as they were traveling together on the road between Antioch (Antakya, Turkey) and the north Syrian city of Aleppo.  While the driver of the vehicle in which they were traveling was killed in the attack, the hierarchs were taken captive.  Their fate remains uncertain.

This gesture of prayerful solidarity between the Assembly of Bishops and SCOOCH also marks the commencement of the formal dialogue and cooperation between the two bodies.

The Assembly of Bishops and SCOOCH invite all residents of and visitors to the New York City Tri-State area to attend.

A flyer in PDF format may be downloaded from the Assembly web site.