Simferopol, March 11, Interfax – Every week from Monday to Saturday all churches and monasteries of the Crimea Diocese will uplift prayers for multiplying love and peace in the peninsula. 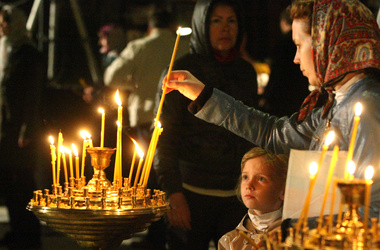 Metropolitan Lazar of Simferopol and Crimea arrived at such a decision, press service of the local diocese reports.

Prayer services will be conducted before the icon of St.Luke (Voino-Yasenetsky) with canon and acathistus to the saint.

Archbishop Luka (born Valentin Felixovich Voino-Yasenetsky) was born in Kerch on April 27, 1877. After graduation from the high school, he decided that he had to devote himself only to the things “useful for suffering people,” and chose medicine. After graduating from the university, the future archbishop was involved in medical practice and scientific research. He worked as a surgeon in Tashkent in 1920-s and actively participated in church life, attending sessions of church fraternity.

After three years of priestly ministry, Father Valentin took monastic vows and was given a name of Apostle, Evangelist and Doctor Luke. Hieromonk Luke was secretly consecrated to a bishop on May 30, 1923. He went through numerous arrests, trials and exiles.

Archbishop Luke was a governing archpastor of the Crimea diocese from 1946 to 1961. He died on June 11, 1961 on the Feast of All Russian saints. Numerous miraculous healings were made through his prayers. Holy relics of Archbishop Luka were found in 1996 and today the relics are preserved in the Holy Trinity Cathedral in Simferopol.