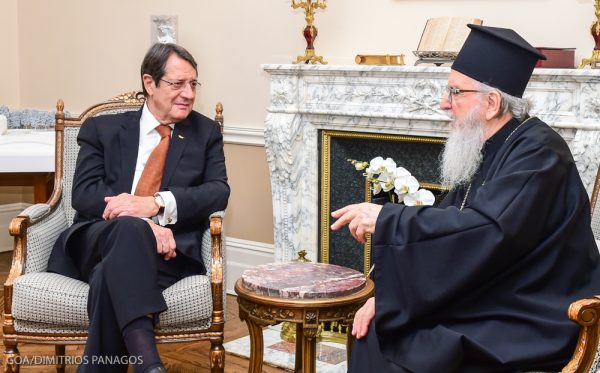 The two leaders discussed the progress in the negotiations on the Cyprus issue and the prospects and difficulties presented in view of the current international environment.

Mr. Anastasiades was accompanied by the Ambassador of Cyprus to Washington Mr. Leonidas Pantelidis; the Permanent Representative of Cyprus to the UN Ambassador Mr. Nicholas Emiliou; Consul General of Cyprus in New York Ambassador Mr. Vasilios Philippou; the Government Spokesman Mr. Nikos Christodoulides and Mr. Pantelis Pantelidis of the Diplomatic Office of the President. Also present at the meeting was His Grace Bishop Sevastianos of Zela. 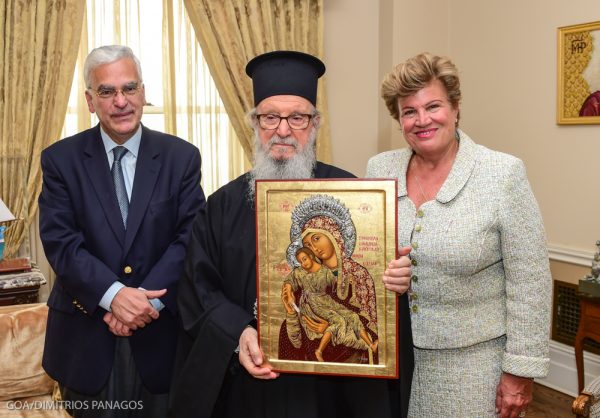 First Lady of Cyprus Mrs. Andri Anastasiades, who attended today’s meeting as well, paid a separate visit to His Eminence two days ago, Wednesday September 21. The Archbishop exchanged views with Mrs. Anastasiades on welfare issues in Cyprus and the work of the Independent Fund for Social Support, which provides scholarships to needy students in Cyprus, and was created on the initiative of the First Lady.