What Is the Mark of the Beast? 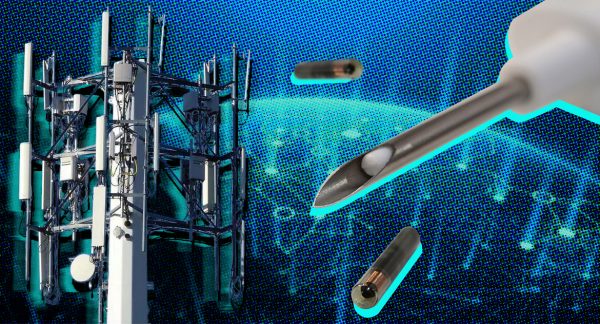 It seems whenever there is a crisis, people begin to see possible predictions and warnings about such times in the scripture.  And certainly Christ does warn us to be prepared for the End, and to recognize that various tribulations and “wars and rumours of wars” would be the ongoing signs that the End is near.  However, the scriptures themselves also tell us that we are already in the Last Days.  That is, from the time of the Apostles we have been in the “last hour,” and already “many antichrists have come” (1John 2: 18). For just as the Kingdom of Heaven is near (at hand) at all times, so too, the End is always near.

Nevertheless, throughout Christian history each new crisis brings a wave of new speculation about this or that biblical prophecy and how some particular circumstances of the time seem to fulfil those prophecies.  When I was in my twenties, many feared that Ronald Wilson Reagan was the beast of the Revelation because his name is spelled with three sets of six letters: 666.  And today is no different.  With the crisis surrounding COVID-19, a new wave of speculation is swirling around that perhaps the vaccine will secretly contain a substance that will enable the Government (or some THEM somewhere) to somehow track or manipulate those who have been inoculated.  For those who buy into this speculation, this vaccine is understood as the mark of the beast mentioned in the Revelation.

What concerns me most about such speculation about specific current events being the fulfilment of this or that biblical prophecy is not so much the fact that they are just plain wrong.  After all, no biblical prophecy was ever specifically understood until after its fulfillment.  Even the Disciples did not understand any of the biblical prophecies about Jesus until after He had risen from the dead.  No, what concerns me most is that such speculations engender a kind of fear leading to an unhealthy excitement causing at least two problems.  One problem is that this excitement can lead to hysteria, motivating people to do foolish things (like quitting their job, selling their home and buying a farm in Saskatchewan, even though they know nothing about farming).  The other and most common problem is that such excitement about prophecies becomes a passion that deflects people’s attention away from their own repentance and from loving God and neighbour.

In the Revelation, there are two marks, or seals, placed on people’s foreheads.  The first of these is called a seal and is found in Revelation 7.  This is the seal put on the servants of God (v.3), those who worship before the Throne of God (v.9), those who “have washed their robes in the blood of the Lamb”(v.14).  The second is the mark of the beast and is referred to from chapter 13 onward.  Every reference to people being sealed with the mark of the beast tells us that this mark is associated with worshiping the beast: 13:15,16; 14:9,11.  So there are two marks/seals put on people’s foreheads in the book of Revelation, and both have to do with worship, specifically, who you worship.  Those who worship God will be manifest clearly because the seal is on their forehead, those who worship the beast may be manifest or hidden.  That is, the mark of their worship may be on their forehead (manifest clearly) or it may be on their right hand (revealed only by what they do).

A further indicator of the mark of the beast is that it is tied somehow to commerce.  One is reminded here of the verse from the Wisdom of Sirach 27:2, “Sin will be wedged between the buying and the selling.”  For Jesus and the Apostles, money and how we relate to it is of primary importance.  Jesus says that you cannot serve God and mammon.  St. Paul tells us that the love of money is the root of all evil and that greed is idolatry.  St. James has some very harsh things to say about worldly riches (5:1-5).

The Revelation itself says that the final destruction of Babylon is the destruction of an economic system by which many merchants have become rich, and which bought and sold “bodies and souls of men”(18:9-19).  It seems a large part of what it means to worship the beast is related to the worship of an economic system, the worship of wealth, and the greed of acquisition.  Furthermore, it is certainly intentional that the mark of the beast is given as the numbers 666.  While this may indeed refer to one of the Caesars and to the Roman Empire in general—and by extension all empires, both political and financial—it was by no means an accident that twice in the Old Testament King Solomon’s gold is mentioned as being the weight of 666 talents.

The book of Revelation, like all apocalyptic writing in the bible, is full of symbols that have many meanings and interpretations.  However, we make a grave mistake when we try to find the interpretation to an obscure passage or symbol in people and events outside ourselves rather than seeing in the symbols a call for our own repentance.  The symbols of the Revelation may indeed refer to specific people and events, but just as the prophecies concerning Jesus could not be specifically interpreted until after they had been fulfilled; so too we will not know the specific people or events that the Revelation may be referring to until after they have been fulfilled.  In the mean time, just as the Old Testament prophecies that were fulfilled in Jesus also had meaning leading to repentance for the people before Christ’s Incarnation, so too the symbols of the Revelation can lead us today, right now, to repentance if we will let them speak to us.

Theories and speculations that tie biblical symbols to specific people and events are much more exciting than personal repentance.  There is nothing exciting about my ongoing repentance from ‘the mark of the beast’ understood as the love of money and the worship of an economic system that demands all of my attention.  There is nothing thrilling about making myself pray and training my mind to worship God alone.  And yet this is the actual work of the Christian life, not the speculation about whether or not this or that person or thing is the mark of the beast.  In the end, the Revelation tells us, it is not fearing the mark of the beast that saves us; rather, we are saved by the Seal of the Lamb found on the forehead of those who worship God and fear only Him.