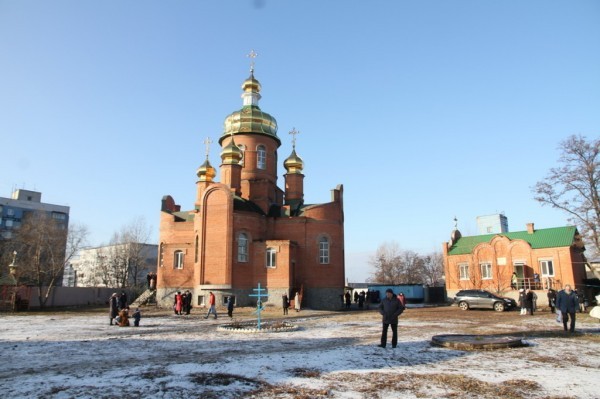 Criminals invaded the priest’s house in the village of Obukhovka of the Dnepropetrovsk Region in Ukraine on Tuesday night, tied his wife up, then laid her to the floor with her face down and started taunting her, parishioners of Father Anatoly’s church told Interfax-Religion.

“Beating the priest, they questioned him, and continued violating his wife. Then the band divided: some of them stayed in the house where they beat Irina to death, while others took Father Anatoly to the car and drove him to the night cemetery where they long and violently beat him and then leaved among the graves (probably, they thought that the priest died from injuries,)” the interviewee of the agency said.

When the priest gained conscience, he managed to reach the neighboring village and told his deacon over the phone what had happened, the deacon called the police. Father Anatoly is staying at the intensive care department of the 6th city hospital in Dnepropetrovsk.

The parishioners connect the crime with the revanche of the self-proclaimed Kiev Patriarchate as he sued the cemetery church from it five years ago.

Requiem service for Irina Lysenko and her burial will take place on Thursday after the Liturgy in St. Andrew Church in Dnepropetrovsk.

Most viewed articles
Living with Cunning People135
When Apples Are Sometimes Oranges87
The Tree Heals the Tree70
The Synodal Residence in New York hosts the Council of Bishops of the Russian Orthodox Church Outside of Russia58
The work of the Church in society is quiet, but full of hope and love, says the Director of Lumina Publications56
Patriarch Kirill: The Church Prays for the Fraternal Strife to End as Soon as Possible48
Besides intellectual instruction, young people also need prayer, Patriarch Daniel says as new academic year begins28
Voluntary Blood Donation Takes Place in Churches in Serbia26
Most popular authors
Fr. Andreas Agathokleous135
Pravmir.com team132
Archpriest Michael Gillis87
Archpriest Stephen Freeman70
Ștefana Totorcea56
Aurelian Iftimiu28