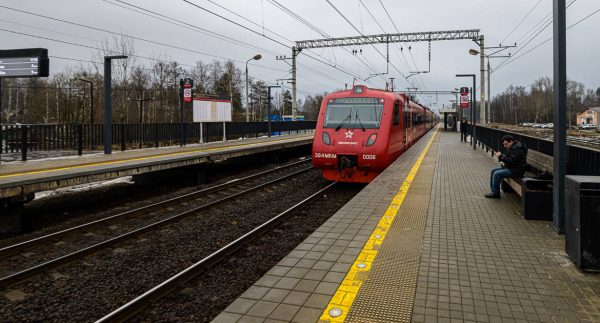 Father Nikolai Luzanov, a teacher at St. Tikhon Orthodox University, saved a man who fell on a railway track in the Moscow region.

The incident took place on the evening of December 27, 2021, on the platform of the Sheremetyevskaya station, where Father Nikolai was waiting for a train to visit his family before the holidays, according to a VKontakte group of the Department for Social and Missionary Work of St. Tikhon University.

Fr. Nikolai heard the sound of falling, turned to the train tracks and saw a man lying on the tracks in front of a rapidly approaching train. He rushed to save the stranger. There was no time to think.

He tried to drag the man to a safe spot, but a train was coming on the adjacent tracks too. The area under the platform was cluttered with garbage and snow so they couldn’t take cover there.

The surest solution was to lift the fallen man’s arms, press him against the platform, then grab his legs and throw him onto the platform. It took about 10 seconds. Fr. Nikolai barely managed to jump onto the platform himself. Just after he got to safety, an express train came barreling down the tracks.

What would’ve happened had the priest not made it in time—it’s scary to imagine. Fr. Nikolai didn’t think about his severe back injury, or that he wasn’t supposed to have any physical stress. He thought only about saving a man who was in trouble. Thank God that everyone survived. A real pre-Christmas miracle.

Fr. Nikolai Luzanov is the rector of the Holy Protection Church in Dolgoprudny, the father of four children. He’s a real example of sacrificial Christian love.

We wish Fr. Nikolai many blessed years, and may we all be more careful and attentive.