A 16-year-old teenager from Krasnoyarsk saw a girl who was drowning in an ice hole. There were adults on the shore, but no one dared to help. The teenager rushed to the river and pulled the girl out of the icy water. Read about this and other good news in the material of “Pravmir”.

Alexander Klimenko, a 9th grader from Krasnoyarsk, was walking home from his football training. While he was crossing the bridge, he saw a girl drowning in the river. There were adults nearby, on the sidewalk, but they were merely watching not trying to help the girl. They explained that they were waiting for rescuers, and said that no help was needed.

But the school student could not pass by, he rushed to the ice hole. 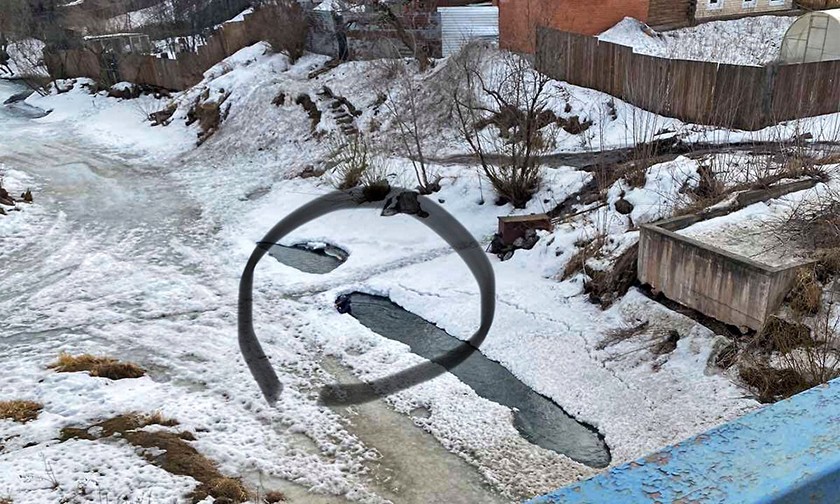 “He’s very independent. He’s an athlete, he makes decisions quickly. Moreover, he is kind and humane. He will never walk by someone who is in trouble. <…> It simply could not have been otherwise,” Jurata Armonaitytė, Alexander’s mother told “KP”.

The ice on the river was already thin, in places in gullies, it was very dangerous to step on ше. However, the teenager was able to get close to the place where the girl was.

“She was in the water up to her armpits. Soaked from head to toe. She was near the coast, but could not get out by herself. She could not even call for help, she was very cold. She was just crying softly. She clung to the frozen ground, while standing on a stone,” said the teenager.

The girl did not have the strength either to call for help, or to try to get out. She was very scared. If Alexander had not come to her aid, she could have been pulled under the ice, since the current was very rapid.

But he arrived in time and was able to pull the girl out of the hole. Soon, rescuers arrived and took the girl to provide her with medical assistance and send her to her parents.

The police awarded Aleksandr Klimenko with a diploma, and he also received tickets to the next match of his favorite football club, Yenisei, as a gift. 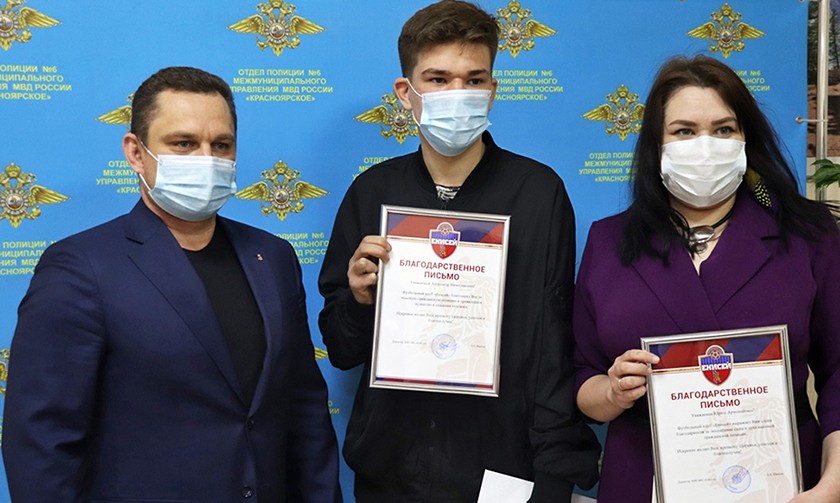 The awarding ceremony at the police department of the Sverdlovsk region of Krasnoyarsk. Photo: 24.mvd.rf

“I consider Alexander’s act as an absolutely heroic one. I think this is an example for all young people. I wish there would be more people like him. Thanks to Alexander and his parents,” said Andrei Pakhomov, the colonel of the Ministry of Internal Affairs, the head of the police department in the Sverdlovsk region of Krasnoyarsk.

Clowns from “The Pilyulkin’s Family” in Chelyabinsk gave a performance for the patients of the regional children’s clinical hospital.

For the show, they rented an aerial platform, rose up to the third floor level and entertained the children, who were watching through the windows. 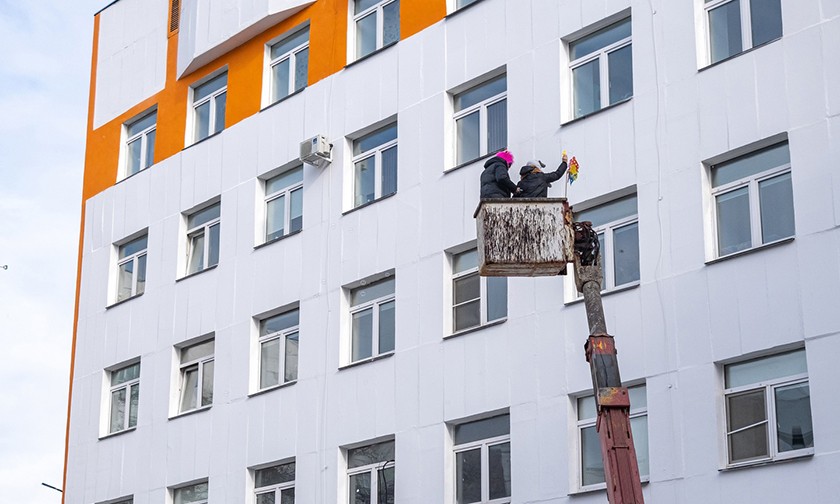 The artists blew bubbles, repaired their lift with a plastic hammer and performed funny scenes. One of the little patients even tried to blow on the bubbles through the glass.

“The girl was just laughing so hard, her mother even cried, seeing this. Because this princess is only about one year old. And princesses, frankly, have no place in a hospital,” reported the Good News of Chelyabinsk portal. 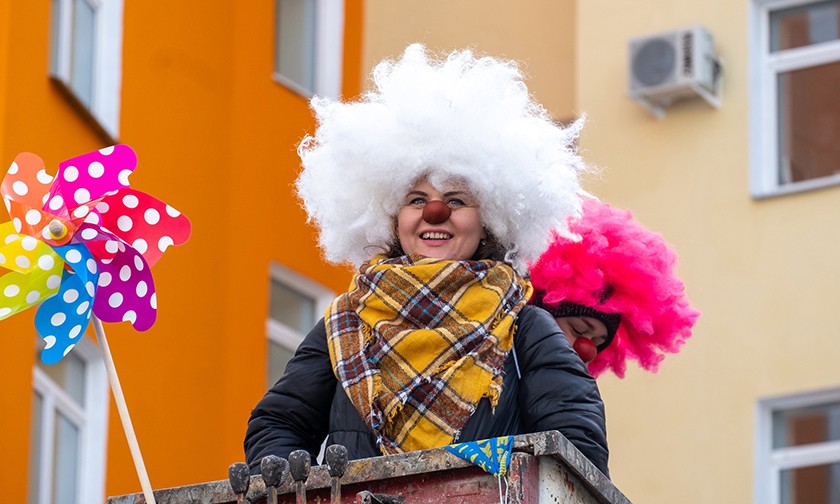 Two performances were adapted for blind people at the National Theater of Karelia.

The performances “Son the Bear” and “Love and Doves” were provided with audio descriptive commentaries. Now people with vision problems can get headphones and a player when they visit the theater to listen to the commentary during the production. A specially trained person gives audio descriptive comments only when there are no actors’ dialogues on the stage, so as not to interfere with the performance.

“” Audio descriptive (Typhlo) commentary is a laconic description of an object, space or action that is incomprehensible to a visually impaired person without special verbal explanations.

“At the right moments, the commentator said: ‘The pigeons scattered, the actors turned away, the house without the owner was empty.’ It was a silent scene, and I would not have understood it. And now I am aware of all the events. Of course, this approach makes the theater accessible to blind and visually impaired people,” the spectator Olga Avksentieva explained to ASI. 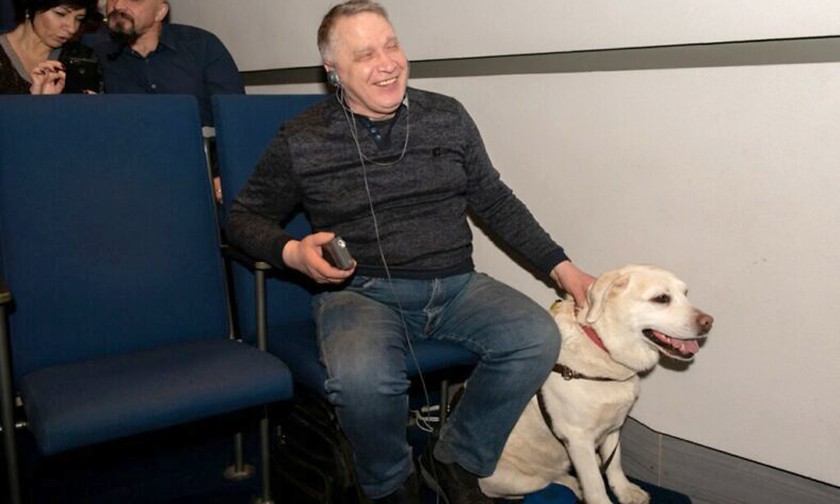 Performances with audio descriptive commentary are a new line in the theater’s work within the framework of the program “A special look” of the charitable foundation “Art, Science and Sport”.

Most viewed articles
The Truth About Riches177
The Muskox Response To COVID-19131
Metropolitan Onuphry Speaks on How to Protect One’s Soul From Sin102
Patriarch Porfirije Thanks the Russian Church for Participation in Restoring Serbian Churches95
Do We Act Differently Than Others?62
March for Life participants optimistic for a post-Roe America: ‘This is just the beginning’53
Most millennials, Gen Z adults support bans on abortions when baby’s heartbeat is detected: poll49
Strong Orthodox Presence at the 2022 March for Life46
Sunday of the Samaritan Woman1
Most popular authors
Pravmir.com team292
Fr. Gabriel Bilas177
Archpriest Michael Gillis131
Priest Luke A. Veronis61
Ryan Foley53
Maria Trushanina1