Primate of the Orthodox Church in America arrives in Moscow

Source: DECR
Natalya Mihailova | 18 November 2016
On 18 November 2016, His Beatitude Metropolitan Tikhon of All America and Canada arrived in Moscow to take part in the celebration of the 70th birthday of His Holiness Patriarch Kirill of Moscow and All Russia, Primate of the Russian Orthodox Church. 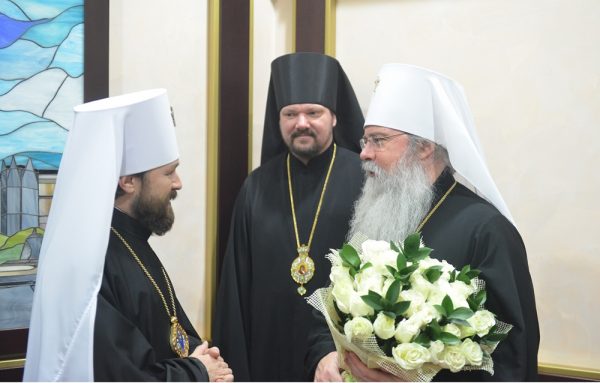