Source: The Information Service of the Serbian Orthodox Church
Natalya Mihailova | 23 March 2016
His Grace Bishop Dr. Irinej of Backa, His Eminence Metropolitan Dr. Porfirije of Zagreb-Ljubljana, Vicar Bishop Jeronim of Jegar and Venerable Archimandrite Isihije, prior of the Kovilj Monastery, with brotherhood, welcomed His Royal Highness The Prince of Wales at the monastery gate. 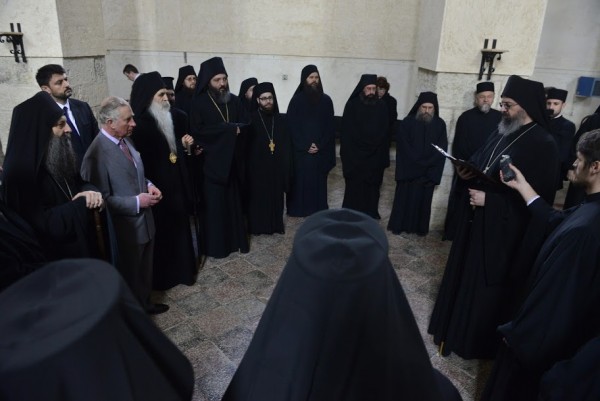 The sound of the monastery bells was being interchanged by chanting of the choir of Saint John of Damascus, which, in honour of the high guests, sang Doxology by Danilo Protopsalt as well as some hymns in English To Thee, the Champion Leader and The Lord bless you and keep you, verses that are usually sung to the British Monarch in the Westminster Abbey. 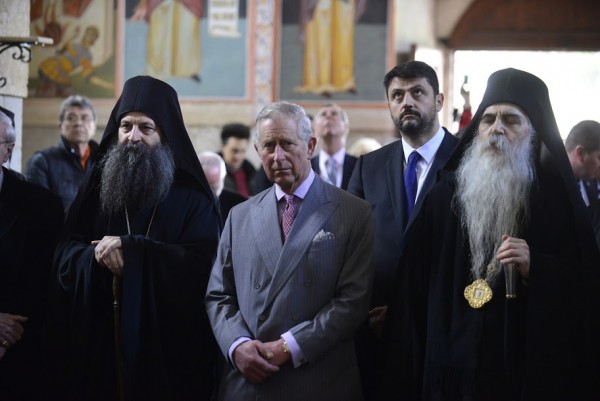 Then Archimandrite Isihije addressed Prince Charles with a speech of the whole-hearted welcome.

During the discussion with Mr. Vladislav Juskov, the Russian fresco painter who was painting the monastery church, The Prince of Wales realized that significant works on fresco-painting were to be undertaken and expressed a hope to see it all when the rendering has been completed. In the chapel of Holy Fathers of Athos, The Prince was welcomed by the Children’s choir, chanting a troparion to Saint John of Damascus. 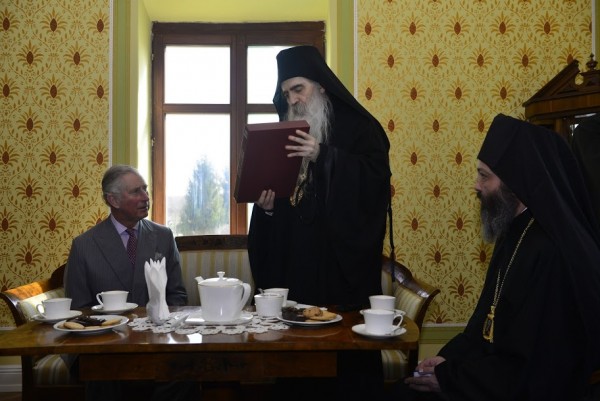 In a ceremonial lounge, following cordial talks, His Grace Bishop Dr. Irinej of Backa handed in His Royal Highness an icon of the Most Holy Mother of God – an artistic work of nuns from the monastery of the Resurrection of Christ at Kac, as well as appropriate monographs. In addition, the sisterhood from Kac prepared appropriate gifts for Princess Charlotte Elizabeth Diana and Prince George Alexander Louis, the grandchildren of The Prince of Wales. 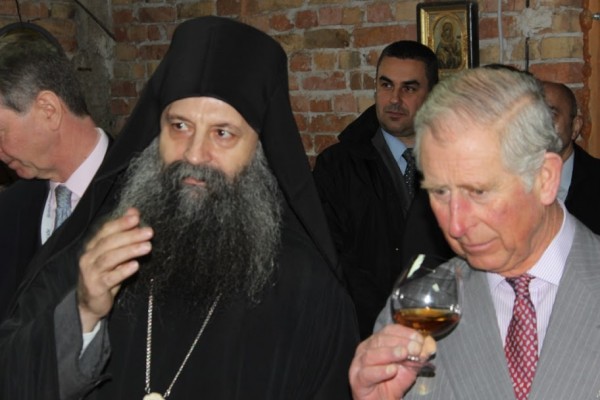 Prince Charles also met with the residents of “the Land of the Living”, who testified to their life’s journey and salvation they had found in the community. On this occasion, they handed in The Prince the Precious Cross, which they themselves had produced. Later on, The Prince visited the candle workshop and a brandy distillery and appreciated the quality of the monastery products very highly. 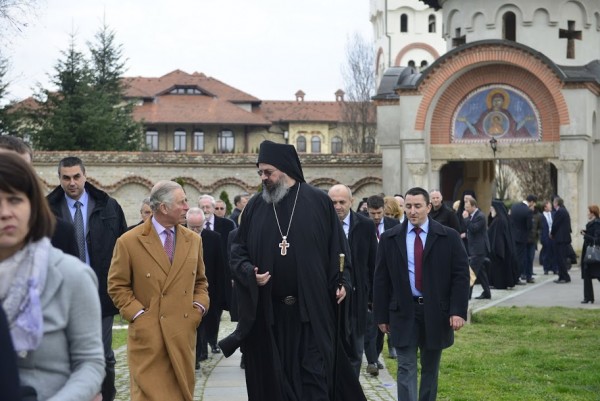 Prince Charles thanked the hosts for warm welcome and reception, while expressing his satisfaction on visiting this monastery and saying that it did not have just a rich history, but that it was serving the community nowadays in various ways as well.