Source: ROCOR
Natalya Mihailova | 26 January 2015
In his epistle on the forthcoming 1000 th anniversary of the repose of Holy Prince Vladimir, Equal-to-the-Apostle, His Holiness Patriarch Kirill of Moscow and All Russia announced a series of celebrations to be held in Russia to mark the memory of the Enlightener of Rus. 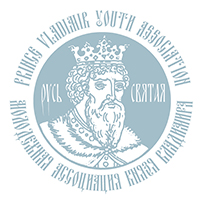 On this anniversary, the Prince Vladimir Youth Association was founded in New York, which is actually heir to a series of “Vladimirsky circles” of Russian youth established in the USA in the 1950’s. The new association will be based on the traditions of those circles and will be adapted to today’s world.

The aim of this organization will be to emulate the legacy of St Vladimir, the Gatherer of the Russian Lands, that is, to unite youth abroad through the strengthening of national self-identity based on their historic homeland through the culture and traditions of Holy Russia.

The main goals of the association are:

– In the spirit of the legacy of Holy Prince Vladimir, to assist in drawing together youth from different countries, both abroad and the “near abroad” of former CIS states;

– To do missionary work targeting preserving the cultural legacy of the historic homeland of young people; to preserve the active use of Russian traditions in daily life both among young people and amid the descendants of Russian people of various generations living abroad;

– To educate youth abroad: organize missionary and cultural conferences, symposia on questions of morality, social service and culture; arrange pilgrimages and missionary and educational trips in Russia and abroad;

– To organize and support youth participation in charitable and social service among their compatriots and the needy, elderly and lonely; to help Orthodox churches and monasteries in the US and Russia;

The Prince Vladimir Youth Association is working hand-in-hand with the Synodal Youth Department of the Russian Orthodox Church Outside of Russia.

The feast day of Holy Prince Vladimir is the official holiday of the Association and celebrations will be planned accordingly.

Among the projects planned for 2015, the 1000 th anniversary of St Vladimir’s repose, will be a Paschal concert on Bright Friday, April 17 , at St Vladimir Memorial Church in Jackson, NJ and a youth concert and Divine Liturgy on Bright Saturday the next day at the same church.