Modern European Universities Are Secular Institutions; Nothing Christian is Left in Them

Source: Moscow Theological Academy
We often forget that useful learning is that which helps, or at least does not detract from, the meaning of our Orthodox faith – to live rightly both spiritually and morally.
Professor Alexei Ilyich Osipov | 09 May 2014 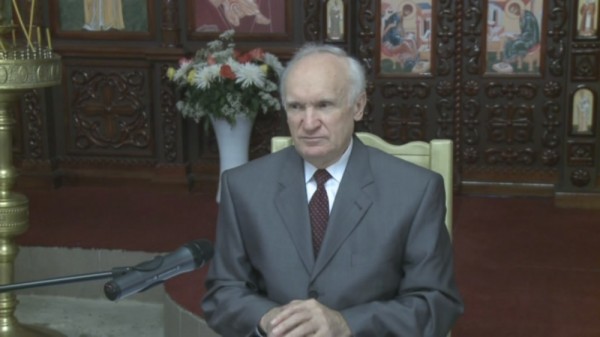 Alexei Ilyich Osipov, professor of the Moscow Theological Academy, believes that young Russian students studying in Western Catholic or even Greek Orthodox universities can be seriously harmed spiritually, since modern universities in Europe are very secular institutions in which a pagan lifestyle prevails, “The Orthodox Newspaper” reports.

“There’s nothing left of Christianity in them,” noted the theologian during a broadcast of the Orthodox TV channel “Union,” as an answer to the question: “Is it advisable for Russian students to study in Greek or Catholic universities?”

“The bottom line is what goal we pursue. Unfortunately, we often forget that useful learning is that which helps, or at least does not detract from, the meaning of our Orthodox faith – to live rightly both spiritually and morally. And so all that contributes to this objective—theoretical knowledge, circumstances, and external conditions—is good. What prevents this is bad. That is the criterion,” noted A.I. Osipov.

Based on his considerable experience of observation, the professor of the Moscow Theological Academy stated that very few students who study in Catholic universities “attend Mass, where they quickly receive communion.” “In the Protestant universities, they don’t even have this. They attend church three times during their lifetime: for their baptism, wedding, and funeral. Yes, even in the Orthodox theological departments in Greece there is a similar atmosphere. Students are not taught to pray, to battle against the passions, or to compel themselves to fulfill Christ’s commandments. There is only the ‘intellectual,’ in the words of St. Theophan, purely scholastic theology. And that is why each one lives only as he likes.”

A bit of a different atmosphere can be observed in Russia. “Our religious specialized schools, seminaries, and academies, for all their shortcomings, still retain the Christian spirit. There are certain requirements for students: to attend services, observe fasts, attend morning and evening prayers, and to read the word of God and the Holy Fathers, whereas in other countries this has long been forsaken. I am sure that studies in Western universities, regardless of their religious affiliation, will spiritually detract very much from an Orthodox person who already has something. There are many examples of this, though I do not want to be specific,” concluded A.I. Osipov.