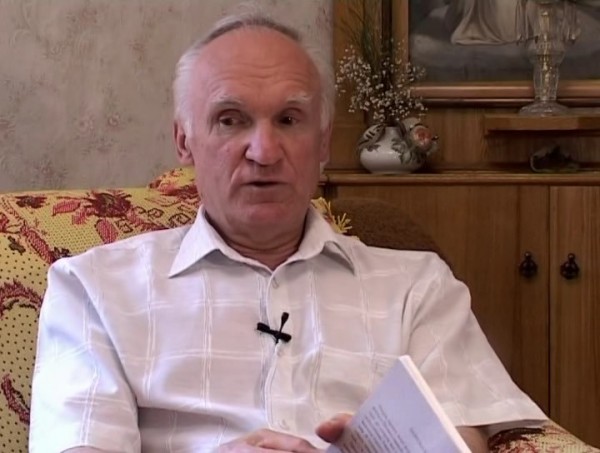 Yes, this is a question which many people pose. You know, there are many ways I could answer, but I usually suggest the following means or following criteria. I cannot go into detail now, but I would like to say that only Orthodoxy, or, I should say more broadly, only Christianity, but really only Orthodoxy, has objective arguments that testify to its Divine origin. Therefore, we ought to ask this person, if this person is representative of another religion, on what basis do you think your religion has a Divine origin? This ought to be a proper conversation. Why do you think that it has a Divine origin, that divine which means is true, as where is God, there is Truth — and we have to look at the basis which Christianity offers, and know these arguments, and then there really can be a good, descent, and convincing conversation, and we can show how Christianity is True, because we have arguments to prove its Divine origin.

With regards to there being the One, and the same God everywhere, that is a serious mistake — and this what a mistake is: a mistake that drives people insane. What is this mistake? That God is of course One, but He is a spirit. People sense that God exists, they have felt it throughout history. This feeling has existed throughout history, but look how this feeling had been expressed. In what images? It turns out, that this feeling of God is expressed by muring the human condition — and so we see that there is a plurality of gods. They have divided into many gods, add, often to a God or the gods have been attributed such features that make them repellent. Look at the image of the Hindu Goddess Kali. You could go mad from fear. Well, that’s what I think. Often these gods are delineated with general aspects of Satanism. So, you see, is this really belief in God?

Question: How can the meetings between Patriarch Bartholomew of Constantinople – and his predecessors – and the Pope…