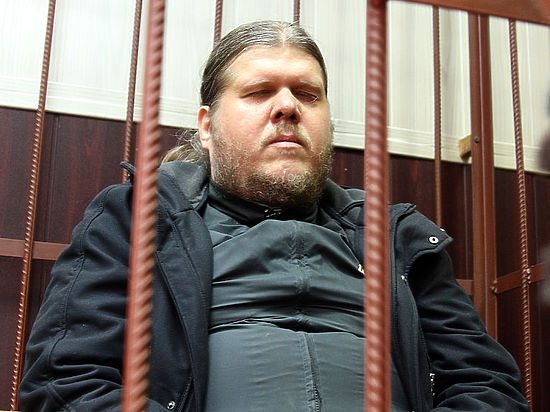 Photo from www.mk.ru by Gennady Cherkasov

Moscow, July 11, Interfax – State prosecutors are asking the court to sentence Andrey Popov, known as ‘God Kuzya,’ who is charged with the creation of a sect and massive fraud, to seven years in a penal colony, an Interfax correspondent has reported.

“I am asking the court to find Popov guilty and sentence him to seven years in a general-security penal colony without a fine for all crimes,” prosecutor Anastasia Shpakovskaya said during the presentation of cases in the Moscow Presnensky District Court.

The prosecutor also asked the court to sentence ‘God Kuzya’ to two years of freedom restriction after he serves his prison term.

Popov and his presumed accomplices are charged with massive fraud by an organized group.

Popov is also charged with creating a non-commercial organization encroaching on citizens’ personality and rights, a religious association whose activities are associated with violence against citizens and other infliction of damage on their health, and also leading such an association and propaganda of actions.

The prosecutor is seeking seven, six and five years, respectively for his three presumed accomplices, Zhanna Frolushkina, Nadezhda Romanova and Galina Markevich, who are only charged with fraud.

There were initially five of Popov’s followers in the dock. Besides the above-mentioned women, Maria Rozanova and Yekaterina Grekhova were also accused in the case.

In January 2018, the court dropped criminal charges against the women based on Article 239 due to the expiration of the statute of limitations, after which only Frolushkina, Markevich and Rozanova were left in the dock.

According to the Prosecutor General’s Office, “Andrey Popov proclaimed himself as Father Superior Roman, ‘God Kuzya,’ putting on a priest’s frock for the purpose of systematic commission of grave crimes for financial gain, thus deceiving citizens and abusing their trust.”

It was determined that Popov in September 2017 created a religious association (sect) on the territory of Moscow whose activities were associated with violence against citizens and other infliction of harm on their health, lead the associated and promoted its activities, the Prosecutor General’s Office said.

The sect was a strict hierarchic system led by its organizer, the sole leader, teacher and father superior, who said he had “divine knowledge and power.”

According to the investigators, the accomplices later stole money in an amount of more than seven million rubles under the pretext of practicing their religion, buying religious objects, prayers, literature and construction of a church.

‘God Kuzya’ denied all charges in court. “I do not consider myself guilty of any of the charges,” he said. The other defendants also refused to admit their guilt.