Source: Focus Information Agency
Journalists of all ages and from various media and attended the prayer.
Natalya Mihailova | 17 June 2014
Sofia. A public prayer for Bulgarian journalism began with the chime of church bells at St Alexander Nevsky Cathedral in the capital Sofia, the press centre of the Holy Synod announced. 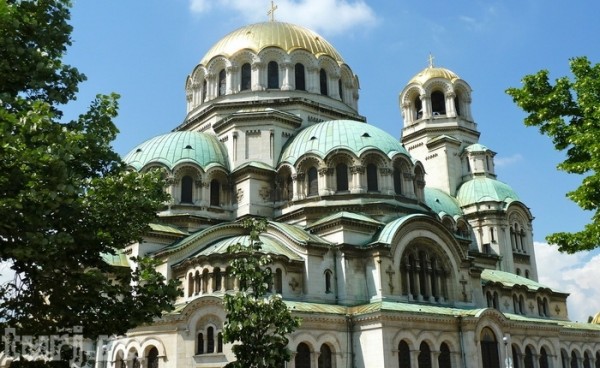 The initiative was organised by the Union of Bulgarian Journalists and the Holy Synod of the Bulgarian Orthodox Church.Journalists of all ages and from various media and attended the prayer.

A prayer was held for the first time at the same temple 120 years ago on the occasion of the 50th anniversary of Bulgarian journalism.

Most viewed articles
Metropolitan Hilarion Said Kuraev Could Be Excommunicated from the Church409
A Cruciform Providence128
The Light of Christ in Christians95
Metropolitan Onuphry Speaks on True Repentance85
The 16th Century Catholic Church in Granada Officially Transferred to the Russian Orthodox Parish75
Time and Human Life66
Moscow Priests Make Over 1,300 Visits to Patients with Coronavirus47
Metropolitan Onuphry Presents Kiev Theological Academy with a Valuable Gift44
Thanksgiving Service on the 70th Anniversary of the Arrival of Russian Refugees Held in San Francisco35
“They asked me: why on earth do you need this?” At 58, Elena became a nurse at a covid hospital15
Most popular authors
Pravmir.com team695
Archpriest Stephen Freeman128
Metropolitan Sotirios95
George Mantzarides66
Timofei Butenko15
Maria Trushanina4
Archpriest Michael Gillis1