Purity of Heart and of Life 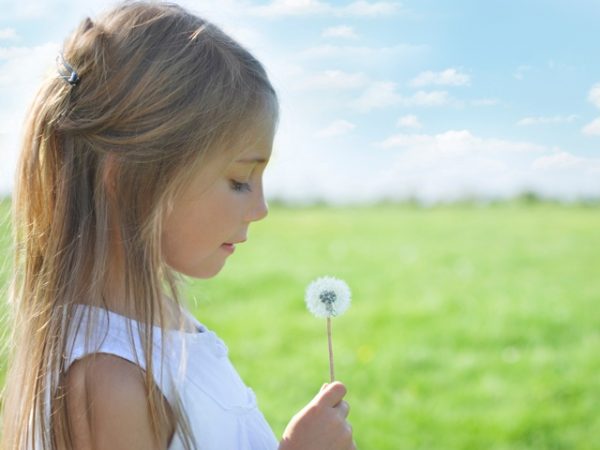 Have you ever found yourself devoting too much time and energy to matters over which you have no real control?  It is easy to give in to that temptation today because there are so many deeply troubling things going on in the world, in our nation, and in our families.  In our age of the internet, social media, and 24-hour television news, it is not hard to become obsessed with very large questions about terrorism, politics, and other matters.  The reality, of course, is that there is not much that we can do as particular people to change the course of world events.  Though we have much more influence on family and friends, we still usually cannot make people do what we want.  Often we struggle even to make ourselves do this or that.  It is a pity, then, for us to waste our lives in pretending that our will must be done.

Jesus Christ did not even attempt to rule the world, or any of its inhabitants, by conventional means.  He did not accept the dominant narratives of His day about how to solve big problems.  He was not a member of the competing factions of the Herodians, the Zealots, the Pharisees, or the Sadducees. Instead, He took an entirely different path, calling His disciples to be the light of the world, which meant that their lives were to shine with holiness such that others would give thanks to the Father for them.  They would share in His holiness, not by relaxing or disregarding the requirements of the Old Testament law, but by fulfilling them.  For example, they would not only refrain from committing murder, but from anger and insult. They would not only refuse to commit adultery, but would purify themselves from lust.  They would not limit their vengeance to “an eye for an eye and a tooth for a tooth,” but would turn the other cheek when insulted and love, forgive, and bless their enemies.  They would seek to be perfect as their Father in heaven is perfect.

Whether in first-century Palestine or today, to live that way is to be the light of the world. It is to shed light amidst the darkness such that others will give thanks for our witness and be drawn to the Lord. It is also to be out of step with what is easy and conventional.  It is to take a difficult and demanding path that is not nearly as popular as the ways of those who tell people what they want to hear. Many of the Jews had wanted a successful political and military leader who would wage a holy war against the Romans, but our Savior called people to a Kingdom not of this world.  He praised the faith of a Roman centurion, said good things about the hated Samaritans, and offended representatives of all the different factions of His own people.  There was nothing conventional or expected about His ministry and teaching.

Today many in our cultural want a vague spirituality that requires virtually nothing of them and simply provides a coping mechanism for helping them feel better about themselves.  Some want a faith that serves whatever political agenda they happen to like. Whatever kinds of religions those would be, they have nothing in common with the way of a Lord Who called people to take up their crosses and follow Him, not to pamper themselves by giving in to every self-centered desire for pleasure or power.  Such forms of spirituality are not the light of the world.  No, they are simply “the world” which is already darkened by those who want to make God in their own image and likeness.  They are doing the same thing as did the Pharisees and the other groups who refused to accept Christ’s message.

The Lord said, “Think not that I have come to abolish the law and the prophets; I have not come to abolish them, but to fulfill them…Whoever then relaxes one of the least of these commandments, and teaches men so, shall be called least in the Kingdom of heaven; but he who does them and teaches them shall be called great in the kingdom of heaven.”  Contrary to popular opinion, Christ did not tell His followers simply to have certain feelings or hold particular opinions, and then live however they wanted.  He did not teach some kind of generic spiritual path focused merely on reducing stress or becoming a productive member of society. No, He called for a purity of heart that would be visibly displayed in how people lived their lives every day, especially in regard to the most common and most difficult challenges that human beings face.  That kind of purity means loving, forgiving, and blessing even those who have wronged us and our loved ones most deeply.  It means keeping our hearts free from addiction to pleasure and self-centered desire, and disciplining ourselves in living accordingly.  It means learning to see Him even in those whom the world tells us are not our people, those unworthy of our care or concern.  It means modeling a way of life that shines with holy glory amidst all the darkness and brokenness that surround us.

St. Paul reminded St. Titus to encourage his people to focus their time and energy on doing good deeds and helping people in urgent need.  He warned against getting caught up in “stupid controversies, genealogies, dissensions, and quarrels over the law, for they are unprofitable and futile.”  The particulars of our distractions are different, but the point is still the same.  To be faithful to Jesus Christ requires devoting ourselves to living as He taught and modeled.  To be faithful to Him also requires believing the faith handed down in His Body, the Church, by the power of the Holy Spirit since Pentecost.  Faith and faithfulness are two sides of the same coin.  If we allow ourselves to be distracted by anything from living and believing as our Lord taught, we will lose the ability to become the light of the world.  Whatever kind of religion we pursue, it will be a form of the darkness and corruption that the world already knows all too well.

We remember today the 630 Holy Fathers of the Fourth Ecumenical Council of Chalcedon, who affirmed that Jesus Christ is one Person with two natures, being fully divine and fully human.  They recognized that only the God-Man is able to make human beings participants in the divine life by grace.  We cannot use the excuse that the Lord’s teachings are impossible for human beings, for our struggles and weaknesses are no stranger to Him. His gospel is not designed for disembodied spirits, but for those who live in the same world in which He was tempted, faced fierce opposition, and was killed by His enemies.  Remember that He prayed for them from the Cross:  “Father, forgive them for they know not what they do.”  And then through His glorious resurrection, He brought light and life even to the darkest tomb.

Our only hope to become the light of the world is for His divine glory to illumine us.  For that to happen, we must refuse to be distracted from serving Him faithfully in the matters that really are up to us in our daily lives.  Whether His light is in us is revealed especially in how we treat our enemies, those in need around us (especially those we are inclined to ignore, neglect, or fear), and how we respond to the self-centered desires for pleasure that threaten to darken our hearts in so many ways.  When we find ourselves worrying obsessively over matters that are well beyond us, we should persistently turn the eyes of our souls back to Him in prayer, calling for His mercy on all concerned.  And then we should get back to doing the good deeds that so obviously need to be done on behalf of our families, our neighbors, and our parish.  Then we should also get back to guarding our hearts from corrupting influences, refusing even to pay attention to tempting thoughts.

The more that we direct our time and energy to serving Christ in our immediate circumstances, the less inclination we will have to allow darkness into our hearts.  The more faithful we are in living this way, the more His light will shine through us to the world.  And the more those who are sick and tired of the world’s darkness will be drawn to the light as they “see your good works and give glory to your Father Who is in heaven.”  That is what it means to be the light of the world and a sign of its salvation.