The Example of St. John 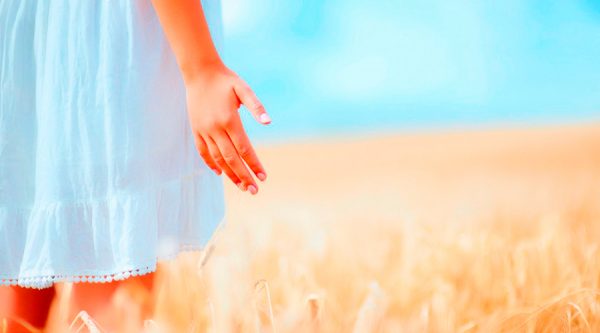 [October 2018; The Reception of the Holy and Great Council, ed. Carrie Frederick Frost]

In church I stand up front, on the right, facing the icon of St. John the Forerunner. He is standing on a desert landscape, rainbow wings extending behind him, while a bowl at his feet displays his severed head. One hand is lifted imploringly toward Christ, and from the other a scroll tumbles open:

Herod was “unable to bear rebuke” for marrying his brother’s wife, and St. John was unable to stop rebuking. Even at the cost of his life, St. John was determined to uphold the moral law.

On our iconostases St. John is, literally, held up as an example, but emulating his boldness is unimaginable today. Criticism of any kind of sexual activity is now a social offense of great magnitude, and an unwary person who speaks such thoughts is publicly shamed and condemned. Transgressors are exposed with a kind of horrified glee, making those with private doubts even more inclined to keep them private. The idea of sexual freedom has been embraced with understandable enthusiasm, and doubters are wise not to speak.

What could a doubter even say? Any praise of the old standard—sex only within heterosexual marriage—now sounds absurd. If those burdensome restrictions once served a practical purpose, it’s no longer evident what it was. In any case, the bearers of such standards lived in the past and we live in the present, so we have all their knowledge and more. There’s no clear reason to retain the old-fashioned moral code, with its scolding, negative concept of “purity.”

Yet that “old-fashioned” way was embraced so unanimously, across the whole range of cultures and centuries, that it’s reasonable to wonder if we’re missing something. Those past generations lived more intimately with the earthy details of life and death than we do. Families were larger, houses were smaller, and privacy was much harder to find. There was no glass in the windows, and everyone knew what a woman in labor sounded like. All the physical aspects of gender difference, and the mechanics of reproduction, were evident even to children.

Our ancestors must have felt the same temptations we do; and yet, given this deep knowledge, they honored and accepted the sexual code. Apparently, it made sense to them. It’s worth asking: did they see something we don’t?

As Orthodox, we can start by thinking about the word “pure.” It’s acquired many nagging, negative connotations, but when we use it of the Theotokos and other virgin saints, it changes. It’s no longer a static, theoretical condition, but a living element of a person, allied with companion virtues like clarity, simplicity, and fearless faith. When we think about the saints, we perceive meanings to “purity” that the public at large doesn’t understand.

But even in the secular world, “purity” isn’t uniformly disdained. Farm-to-table restaurants boast of it, and diners heartily approve. Advertisers label skin-care products “pure,” knowing it will attract buyers rather than repel them. A dozen magazines include “Pure” in their title, believing it enhances their image.

This positive aspect of purity is most evident where nature has been left untouched. Nobody has to defend the beauty of a pristine mountain stream; it’s something we grasp instinctively. It is the same beauty we see in the Theotokos, a beauty that is lively and strong. Purity in the saints is a light from within, illuminating each one’s uniqueness. It unites seeming opposites, like boldness and tenderness, strength and delicacy, single-heartedness and festive variety, humility and outspokenness.

The beauty of sexual purity was evident to all generations of Orthodox Christians, up until our time. That should get our attention. It should be the task of a future council to consider how we might—in a way much gentler than that of St. John—present its goodness once again.

We’ll immediately be told that scientific insights have replaced those old-fashioned ideas; but there are some things science cannot know. The 20th century saw countless advances in food processing, preserving, and flavoring, with many unfamiliar chemicals joining the ingredients lists. Yet despite all that peerless science, people came to sense that something important had been lost. They didn’t want the latest, most scientific food; they yearned for something authentic, something pure.

Perhaps a similar rethinking will happen in the realm of sexual relationships; in fact, difficulties in forming relationships may be a particular cause. Loneliness is more prevalent than ever, and gets more painful as life goes on, yet it’s the logical outcome of commitment-free sex.

Orthodox Christians have two millennia experience of gaining control over powerful desires, and that is wisdom that will eventually be needed and sought. Today, it’s hard to know how to say anything that could be heard. The idea that sexual purity is an irksome, pointless restriction eclipses the living, radiant reality we see in the saints. Any praise of the old morality is heard only as an attack. The suggestion that sexual purity can be beautiful and good is one the world emphatically rejects, much as Herod rejected the words of St. John.

But the story isn’t entirely bleak, in terms of what St. John achieved. Herod listened to him, even though a divided heart left him confused. “Herod feared John, knowing that he was a righteous and holy man, and kept him safe. When he heard him, he was much perplexed; and yet he heard him gladly” (Mark 6:20). There’s a ray of hope there, and maybe Herod would have eventually profited from his perplexed listening, if he hadn’t made a stupid, drunken promise, and then been too embarrassed to retract it.

We cannot control how others might respond to what we say; we can only control whether we say it well or badly, or at all. That’s why a future council should take up the task of discerning how to best express the Church’s understanding of sexual purity, seeking a way to be heard. St. John stands on every iconostasis as a witness to this calling, inviting us to join in his dangerous, life-saving work.