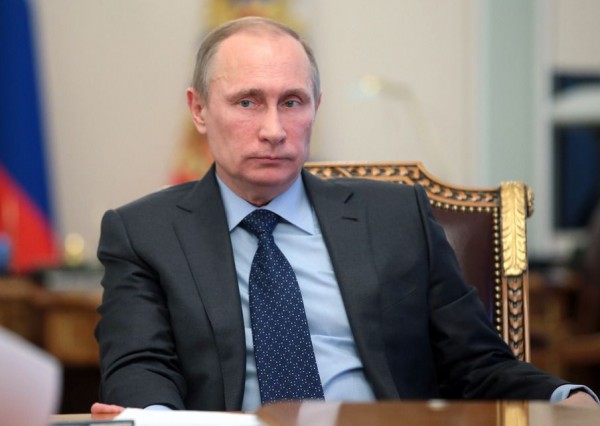 “Today and yesterday I saw it in the media that festivities were being held in Ukraine honoring OUN-UPA [Organization of Ukrainian Nationalists-Ukrainian Insurgent Army], the nationalist, pro-fascist organization. Simultaneously, there are appeals for violence against members of the Russian Orthodox Church of the Moscow Patriarchate,” Putin said at a meeting of the Kremlin human rights council.

“This is happening at a time when the patriarch [Patriarch Kirill of Moscow and All Russia] is doing everything possible to put an end to the fratricidal conflict,” Putin said. “Members of the Church do a lot of practical work, but they get assaulted, 18 churches have been taken away, and believers get driven out of churches.”

“Where are the defenders of the freedom of worship?.. There’s complete silence on that issue, nothing at all, as though that isn’t happening,” Putin said.

“It’s a serious business, people get driven out, there are invasions of churches, people get beaten up, humiliated,” he said. “And property gets taken away into the bargain.”