Source: TASS Russian News Agency
Natalya Mihailova | 15 June 2017
MOSCOW, June 15. /TASS/. Russia has shaped itself as a secular state and it will remain so further on, President Vladimir Putin said in his annual question-and-answer call-in on Thursday afternoon. He is certain that the St. Isaac’s Cathedral in St. Petersburg can remain a museum and at the same time be a place of church services, while the question of handing the Cathedral over to the Russian Orthodox Church should not be politicized. 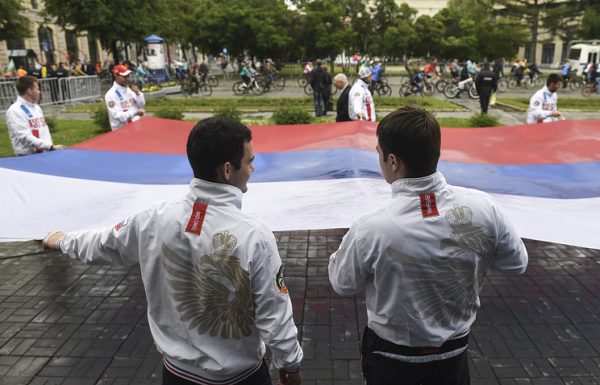 “Russia is a secular state. It has taken this shape and it will remain so,” Putin said, when asked if he was for the transfer of the St. Isaac’s Cathedral in St Petersburg to the Russian Orthodox Church.

He recalled that after the 1917 revolution “the state did its utmost in attempts to destroy our spiritual and religious roots” and acted “very systematically and harshly along these lines.”

“Many churches were destroyed and pulled down. The state then tried to create a quasi-religion and to replace the Bible with a Code of the Builder of Communism. Nothing came of it,” Putin said.

He added that in the Soviet era many priests were killed. Some were shot and others died in labor camps. Many churches were turned into stables or workshops.

Inside the St. Isaac Cathedral’s the Foucault Pendulum was placed in Soviet years, he recalled. “It was brought there as a reminder the Earth keeps turning. In reality, it was a quasi-museum of atheism, in a sense, mockery of the people’s religious feelings,” Putin said.

St. Isaac’s Cathedral was built as a church, not as a museum 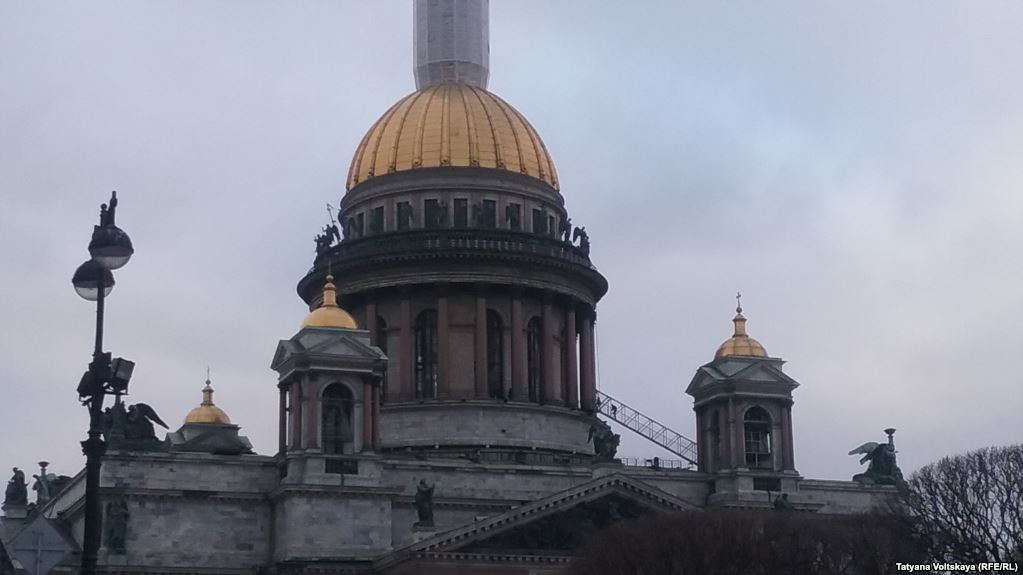 Putin recalled that the St. Isaac Cathedral originally did not belong to the Church, which in pre-revolutionary Russia was led by the Tsar.

He added that the St. Isaac’s Cathedral “was built as a church, and not as a museum.”

“It was built for religious services, as a place where people could pray,” Putin pointed out.

He is certain that even if the St. Isaac’s Cathedral is transferred to the Russian Orthodox Church, it could still be used both as a museum and a place of worship.

Russia, he said, has a special law on the transfer of religious buildings to religious organizations.

“At the same time we have international obligations and other laws that prohibit architectural monuments, including those under the protection of UNESCO, from being transferred to other owners.

“There are certain contradictions, but I believe we will easily overcome them and go ahead with museum activity and religious services,” Putin said.

He recalled some precedents existing in other countries.

“Such solutions do exist at other places around the world. For instance, St. Peter’s Basilica in the Vatican,” Putin said.

St. Isaac Cathedral’s problem should not be politicized

Putin is against politicizing the cathedral’s handover to the Russian Orthodox Church.

“This problem must be depoliticized. We must forget that it exists as such. We should respect the religious feelings of people and never forget that the building was put up as a church and not as a museum. Its museum function must remain, of course,” he said.

He expressed the certainty that “no tensions should be fanned here.” “It would be very wrong to try to capitalize on that theme, to stir up public opinion, or to use it as a tool of petty internal political strife.”

Dispute over the St. Isaac Cathedral

St. Petersburg’s authorities in January declared that on December 30, 2016 instructions were issued to transfer the St. Isaac’s Cathedral to the Moscow Patriarchate of the Russian Orthodox Church on the basis of the 2010 federal law. St. Petersburg’s Governor Georgy Poltavchenko said the handover might take place only in response to an official request from the Russian Orthodox Church. So far there has been none.

The building of the St. Isaac’s Cathedral is currently St. Petersburg’s property (enjoying protection at the federal level) and features on UNESCO’s heritage list. Before the revolution the Cathedral did not belong to the Church, either. It was run by the Interior Ministry. The maintenance costs were too high. In 1928 the Cathedral was declared a museum. Religious services were resumed in 1990. Currently they are held every day.

In 2016, according to the museum authorities, the services at the Cathedral, including the Christmas services, were attended by 18,000 worshipers. Last year the St. Isaac Cathedral’s museum was visited by 3.9 million tourists.