Putin meets with Patriarch of Alexandria and All Africa

Source: Interfax-religion
Natalya Mihailova | 10 February 2015
Cairo, February 10, Interfax - During his official visit to Egypt on Tuesday, Russian President Vladimir Putin met with Patriarch Theodoros II of Alexandria and All Africa, with whom he discussed the situation in the region and bilateral relations. 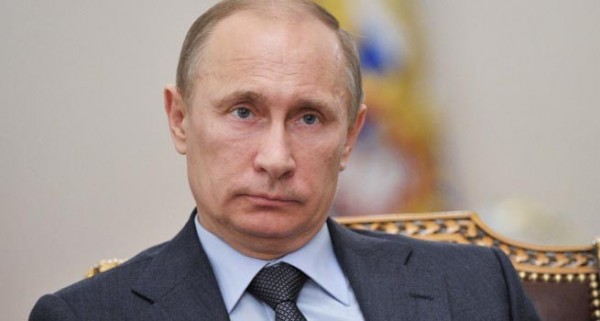 The president said he is hoping for successful cooperation with the Christians of Egypt in the fight for common moral values and ideals.

Putin said Russia has a centuries-old tradition of special relations between people of different religions on the basis of mutual respect.

“I know that the current administration of Egypt now occupies the same position. I hope that by acting together in this way and by promoting this approach in the relations between people and representatives of different religions we will work together to fight for our common moral values and ideals,” the Russian president said.

Putin said he had discussed this issue and other issues in his meeting with Egyptian President Abdel Fattah al-Sisi.

Patriarch Theodoros II, for his part, said he is doing everything to ensure that the Christians and Muslims of Egypt live in peace, adding that the president of Egypt is doing the same. “I am confident that progress will be achieved,” he said. The patriarch, who is Greek, thanked Putin for the development of Russian-Greek relations.

The patriarch also said he has warm memories about the years he spent in the Soviet Union. “may God give you health and happiness, health, a long life,” the patriarch told Putin in Russian.