Putin Meets With Patriarch Of Moscow And All Russia Kirill

Source: Euroasia Review
Natalya Mihailova | 02 February 2016
Russia’s President Vladimir Putin met Monday with Patriarch of Moscow and All Russia Kirill to congratulate him on the anniversary of his enthronement as head of the Russian Orthodox Church. 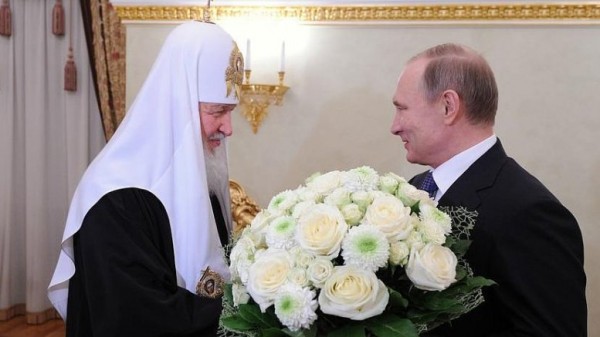 At the meeting, Putin thanked the Patriarch for developing the Russian Orthodox Church and for strengthening the unity of Russia’s people and society.

“I understand that the enthronement anniversary is a special event in the lives of people who have devoted themselves to serving the church. It is a day that is out of the ordinary, a special kind of anniversary, and from all my heart, I congratulate you on this occasion and wish you all the very best,” Putin said, according to the Kremlin.