Source: Interfax-religion
Natalya Mihailova | 26 May 2017
Moscow, May 25, Interfax - Russian President Vladimir Putin has donated a 19th century icon of John the Baptist to the Church of the Ascension and New Martyrs and Confessors of the Russian Church, which was consecrated in Moscow on Thursday. The head of state delivered the gift after the religious ceremony. 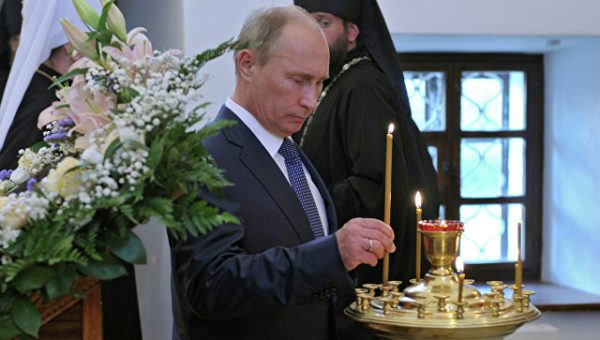 The icon was placed in the president’s presence at the altar of the church that Putin visited together with Patriarch Kirill of Moscow and All Russia and Bishop Tikhon of Yegoryevsk, who runs the monastery. The president was told about the interior of the church and the story of its construction.

Later the president went into the lower section of the church, where he was shown a baptismal font decorated with unique mosaics in the style of ancient Byzantine churches. Baptism preparation classes will be held around the font on the foundations of the Orthodox faith.