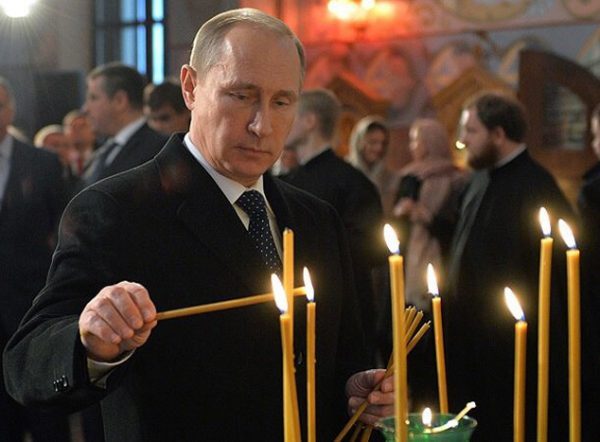 “When I was baptized (it was in the end of 1952), my mother told me how it happened. I was baptized in secret from my father, who was a member of the Communist Party. I don’t how serious this secret was, but they told me this story when I grew up,” Putin was quoted as saying in The Patriarch documentary broadcast by Rossiya-24 on Sunday.

The president said that he was baptized in Leningrad, at the Transfiguration Cathedral.

“The priest who worked there offered to name her son, me, Mikhail. He said: today is St. Michael Day, the name day, and I am also Mikhail. My mother apologized: I am sorry, father, but we have already called him after his father. He said: okay then. He was a good and quiet father,” the president said.

According to Putin, several years ago I asked Patriarch Kirill how he came to the Church, and the patriarch answered that his father was a priest. From their talk Putin learned that the primate’s father worked in the Transfiguration Cathedral in Leningrad in the 1950s, and his name was Mikhail. Putin asked the patriarch, if there were other Mikhails in the cathedral then and it turned out his father was the only one.

“I told him: you know, most likely your father baptized me?” Putin said.