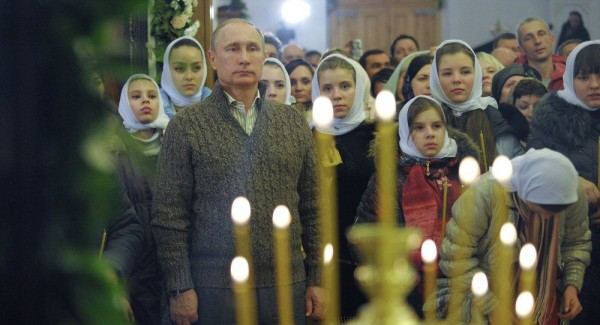 The president celebrated this year’s Christmas in the village of Otradnoye near the southern Russian city of Voronezh, where he attended a service at the local Church of the Intercession of the Holy Virgin.

Putin personally thanked the church’s rector, Archpriest Gennady Zaridze, for his efforts in restoring the church and the church-run orphanage.

The president also visited the local parish house, which has housed some 980 refugees from Ukraine’s Donbas since an armed conflict broke out in the region in April.

The Otradnoye church was built more than a century ago but closed in 1930 and was used as a grain storage facility until 1991, when it was transferred back to the diocese and restoration began.