Refuge for Released Convicts to Open in the Nizhny Novgorod Diocese

Source: Pravmir.ru
Natalya Mihailova | 22 November 2014
November 21, 2014. The first refuge for released convicts in Russia will appear at a private house in the Nizhny Novgorod region. 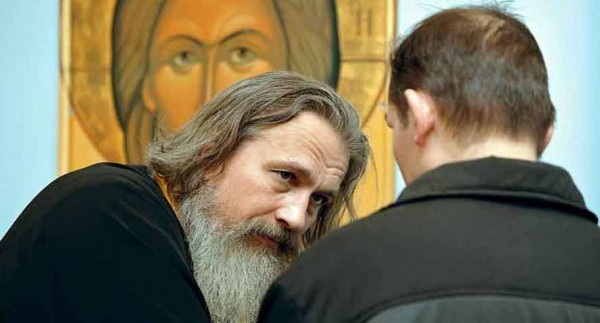 The Interfax-Religion website has gained this information at the Russian Federal Penitentiary Service (RFPS).

The Nizhny Novgorod Diocese together with the RFPS have implemented a new project aimed at creating a social refuge for released convicts in the Kstovo district, who do not have their places of residence and the workplace.

At first the private building, which was offered to the Nizhny Novgorod diocese by a Nizhny Novgorod resident, will be able to house approximately twenty former inmates, who do not have their places of residence and the workplace. Housing one hundred people is in prospect.

Clergymen will help the refugees find employment and the initial provision of food and clothes. Psychologists of the penal system will help the former prisoners adapt to the new life.

According to representatives of the RFPS, this project will not merely help the former convicts find a new path in their lives, but also become the first experience in creating such social refuges, and “will set an example for other concerned people”.

Most viewed articles
Statement from the Chancery of the ROCOR Synod of Bishops on Recent Events at St. Alexander Church in Jerusalem231
Resentment, Guilt, Forgiveness: What Should Everyone Know About Them?151
The Worst Year Ever – Or Was It?138
Swimming Away From Fhe Dead Sea91
South Carolina Passes Pro-Life Bill That Takes Aim at Roe V. Wade84
Psalm Read at Times of Doubt, Hesitation, and Strong Temptations for Strengthening of Faith72
Orthodox Service “Mercy” to Open a Rehabilitation Center for Homeless58
Orthodox organization invites children to strengthen faith through a short film competition41
A Cruciform Providence22
The Transfiguration of Our Lord and Savior Jesus Christ1
Most popular authors
Pravmir.com team289
Konstantin Olkhovoy151
Archpriest Geoffrey Korz140
Fr. Gabriel Bilas91
Madison Ferguson84
Metropolitan Anthony (Pakanich)72
Ștefana Totorcea41
Archpriest Stephen Freeman22