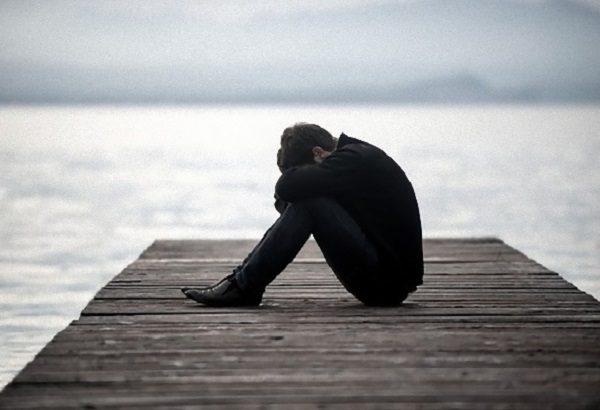 We shouldn’t despair when we’re not as we should be. Of course it’s bad to sin. But why do you disrespect God and, in your ignorance, think him weak?

Is he who made this great world for you unable to save your soul? And if you say, ‘That’s probably a condemnation of me, as is his acceptance’, repent and your repentance will be accepted, as was that of the Prodigal (Luke 15, 20) and the Harlot (Luke 7, 47-48).

If you can’t even do this, but continue to sin when you don’t want to, have the humility of the Tax-Collector (Luke 18, 13) and that’s enough for your salvation. Because those who sin without repentance, but also without despair, necessarily place themselves below all the rest of creation and don’t dare to judge or condemn anyone else.

They admire all the more the loving-kindness of God and feel gratitude to their Benefactor. And they may have many other good things on their side. Even though they’re puppets of the devil as regards sin, out of fear of God they still ignore the enemy when he impels them towards despair. So in this they’re with God: provided they have gratitude, thankfulness, patience, the fear of God and if they don’t judge others, so that they themselves won’t be judged (Matth. 7, 1), which is absolutely essential.

As Chrysostom says about Gehenna, it’s almost of more benefit to us than the kingdom of heaven: because of it, many people enter the kingdom, though few enter the kingdom for its own sake, depending, naturally, on the loving-kindness of God. The reason is that the first fills us with fear, whereas the second embraces us; and we’re saved through a combination of both, by Christ’s grace.

Those who are under attack from many passions, spiritual and bodily, are crowned if they show patience, don’t carelessly give up their freedom of choice and don’t despair. By the same token, those who have achieved the passionless state, who are safe and sound, can quickly fall away unless they confess the benefactions they’ve received by not judging anyone else. Saint Maximos the Confessor tells us that, should they do so, it would be like claiming that they’d reached the riches of the state of being passionless by their own efforts.

Saint John the Damascan tells us that those who are spiritual guides to others but are still empassioned and without a share in the enlightenment of knowledge are in grave danger. He goes on to say that those who have received the state of being passionless and who have spiritual knowledge from God are also in danger, if they don’t benefit other souls.

Nothing benefits the sick as much as peace and quiet; and nothing benefits those who are subject to the passions and are ignorant as much as obedience. Nothing’s better than knowing our weaknesses and ignorance and nothing’s worse than not knowing them. There’s no passion more horrible than pride, nor more laughable than avarice, which is the root of all evil (1 Tim. 6, 10). It’s risible because people who’ve made a lot of money from extracting a metal from the ground then bury it again in the earth to no purpose.

This is why the Lord says ‘Do not store riches on earth…’ and ‘Where your riches are, there also is your heart’. (Matth. 6, 19 and 21). This is why when the mind dwells on things, it’s drawn fiercely to them by habit, be they earthly concerns, the passions or the eternal and heavenly benefits.

When habit is abiding, it acquires the force of nature, says Saint Basil the Great. If you’re sick, you need to be more aware of the promptings of your conscience, so that your soul can be freed from any grounds for censure. Otherwise you may reach the end of your life and repent to no avail and then you’ll lament forever. Those who can’t suffer physical death for the Lord, as he did for us, should at least willingly undergo notional death.

They will then be martyrs of conscience by not succumbing to the demons and to the attacks of the passions, but will overcome them as did the holy martyrs and the saintly fathers. The former were martyrs in reality, the others notionally. If you just force yourself a little, you’ll defeat the enemy; if you’re negligent and are killed, you’re lost.

Most viewed articles
First Church in the Antiochian Archdiocese Named for St. Xenia of St. Petersburg Prepares for Feast Day287
Patriarch Kirill: Not Only People, But Churches Too, Can Depart from God171
My World’s Different104
Patriarch Porfirije of the Serbia: Our Position on the Church Issue in Ukraine Has Not Changed89
A Christianity of the Catacombs83
Thoughts on Theophany and Revelation78
Archbishop Makarios of Australia: ” the Great privilege of the Orthodox Church is that we live in communion”28
1
Most popular authors
Pravmir.com team575
Protopresbyter Themistoklis Mourtzanos104
Archpriest Lawrence Farley83
Elissa Bjeletich78