Church and State: An International Forum on Coexistence  (Part Two of Four)

Vladimir Legoida, chairman of the Synodal Information Department of the Moscow Patriarchate 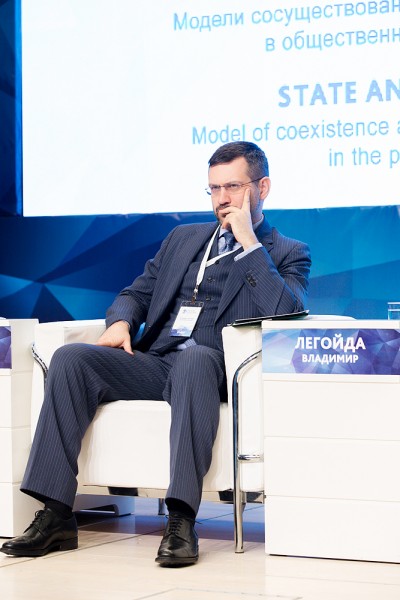 In society today, the notion of religion as a private matter continues to be popular. The sociologist Pitirim Sorokin said: “Modern man believes in God on Sundays, and the rest of the time in the stock market.” That is, in the public square one is first of all a citizen and only then a believer.

Such an approach, however, is contrary to human self-identity. Religion cannot be only a private matter. How I decide the question of good and evil determines all the other roles that I play in society. If I, as a Christian, am against abortion, but understand that there are other trends in society and therefore remain silent – then I am a bad Christian. I should have the right to say this out loud, and not just in my own room.

The twenty-first century has been predicted to be one of the schism of religious tendencies. Reality has shown that religions always come to agree with one another. But we sooner see a schism between religious and anti-religious perceptions.

The relatively safe thesis that everyone can believe as he chooses has dire consequences. They begin with the denial of absolute moral criteria. Then they begin to impose the new attitudes that have been adopted. And it ends with their dictates. First they say: marriage can be of any kind. Then: everyone should know about this. Then: children should also know about this; we should teach the children. And, finally: why does this boy not agree? This is the reign of totalitarianism.