Religious minorities: ‘We’re all losing in this battle’ over Syria

Growing up as the youngest of seven children in the historic city of Hama in Syria, George Shalhoub led an idyllic life in which he says Muslims and Christians lived together peacefully.

“We lived in a neighborhood that is called the Christian quarter, surrounded by Muslim neighborhoods,” recalled Shalhoub, 63, founder and pastor of St. Mary Antiochian Orthodox Church in Livonia. “We played in their mosques, and they played in the courtyard of our church. We were safe. We visited each other, and were part of each other’s lives. I never once felt discriminated against by the Muslims.

“It was the happiest time of my life.” 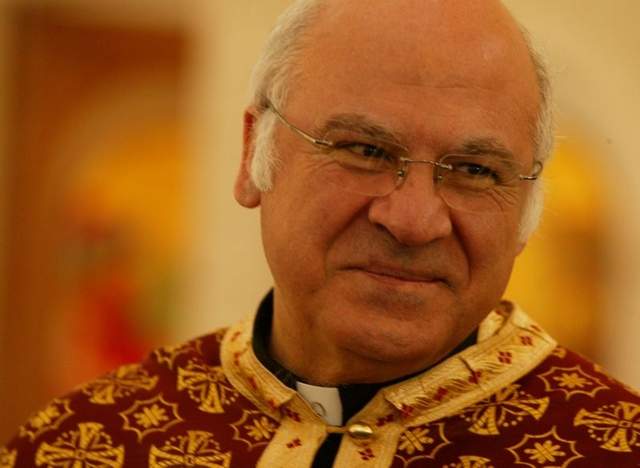 But over the last two years, the civil war has unraveled the threads that bind society in Hama and other places in Syria, leading to sectarian strife and bloodshed. Last month, Shalhoub learned that the daughter, son-in-law and grandson of his 95-year-old hometown priest, Rev. Rafael Basha, were killed.

The discovery added another layer of sorrow for Shalhoub, who often prays for reconciliation in his native land.

“No one is happy” about the war in Syria, Shalhoub said. “We’re all losing in this battle.”

Given that they are a minority in Syria, Christians are especially worried that Islamic extremists in the opposition could force them into second-class status. Under the rule of

Before the uprising, Syria was “extremely secular. … You had equal opportunity, rights for women … separation of church and state,” said Rev. Joseph Antypas, 65, pastor at St. George Antiochian Orthodox Church in Troy.

Now, that’s changing as rebels advance and seize control of more territory. Local Syrian-American Christians say Islamic extremists are increasingly targeting churches, threatening Christians with death or ethnic cleansing, and telling their women to cover themselves and not drive because of Islamic law.

Other minority groups, such as Shi’as and Alawites, also are concerned about their future in the Sunni Muslim-majority country if Assad’s government falls.

Antypas hears from family members in Syria about the growing Islamization of the area he hails from in the city of Aleppo. About 65,000 Christians were recently forced out of one town in eastern Syria, he said.

“It’s getting out of control,” said Antypas. “We have three to four churches in that area, all destroyed.…There is an attempt to declare that region a Muslim principality and have a Muslim ruler govern with a system like it was 1,400 years at the time of the Prophet Mohammed.… I hope it will not get to that point.”

While many Syrian Americans, generally Sunni Muslims, are pushing for the West to support the rebels, Antypas said that is a bad idea.

“Our country (the U.S.) is fighting against al-Qaida in Afghanistan and Pakistan, but in Syria, we’re supporting them,” Antypas said. “That’s bewildering to me.”

Just as the Taliban destroyed non-Islamic structures in Afghanistan, such as the tall Buddha statues in Bamiyan, some rebels are attacking Christian and ancient Syrian sites, Antypas said. “They want to change the culture of this land,” he said.

Syrian-American Sunni leaders opposed to Assad say they understand the concerns of religious minorities. But they say that extremists make up a small percentage of the opposition and that Assad’s government has exaggerated their presence to justify his crackdown.

“They’re still a minor presence,” said Dr. Muna Jondy, president of the Flint-based United for a Free Syria and one of 43 leaders with the Syrian National Council. Jondy adds the U.S. should support the mainstream rebels so that the extremists don’t take over.

Despite the challenges, Shalhoub is cautiously optimistic about Christianity in Syria.

“I’m not afraid about the Christians in Syria,” he said. “They were there before the conflict, and they will be there after the conflict. They belong to the land.” The solution, he said, doesn’t lie in more weapons and violence.

“People should come and talk. They should put the guns down and talk face to face, demand a democracy, demand a secular government, demand freedom of worship, freedom of peace.”

Shalhoub said he received hate mail from some Syrian-American Muslims after he attended a lively pro-Assad rally in Dearborn in June 2011. The rally, and the polarizing responses it generated, was one example of how divided local Syrian Americans are about the conflict.

Some Arab-American leaders in Dearborn have met with Assad in the past and support him, while others have long opposed the Syrian president.

Shalhoub said he was at the rally to pray for peace and not express support for any one faction. He said he didn’t know it was a pro-Assad event.

“I have no side except the love I have for Syria.”