Religious Procession for Peace in the Combat Zone in Ukraine Begins

Source: Pravmir.ru
Natalya Mihailova | 15 November 2014
November 14, 2014. With the blessing of the Most Reverend Onuphrius, Metropolitan of Kiev and All Ukraine, a religious procession for peace in the Combat Zone in Ukraine and along the border has begun. 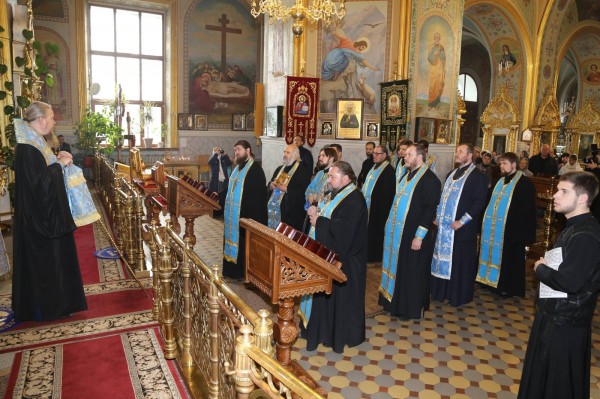 The press office of the Izium Diocese has reported that the religious procession began in this diocese.

Preceding the religious procession, Archbishop Elisei of Isium and Kupiansk together with clergymen celebrated a Service of Intercession, during which prayers were offered for peace in Ukraine, for increasing love and agreement in hearts, and the cessation of bloodshed, hostility and enmity between people.

Following the divine service, Archbishop Elisei delivered a sermon, in which he stressed that the religious procession is aimed at uniting people. “Only God’s mercy and help are capable of enlightening human mind. That is why it is so crucial for us to unite in prayer for the cessation of hostility, bloodshed, and deaths of our soldiers and civilians. We should ask the Lord for people’s finding strength to reconcile and defuse this difficult situation,” the archbishop noted.

The Holy Relics of twelve great warrior, such as St. George the Victory-Bearer and St. John the Warrior, are accompanying the religious procession.