Source: DECR
Natalya Mihailova | 03 July 2015
July 1, 2015 – A conference on the Persecution of Christians in the World took place at the European Parliament in Brussels. 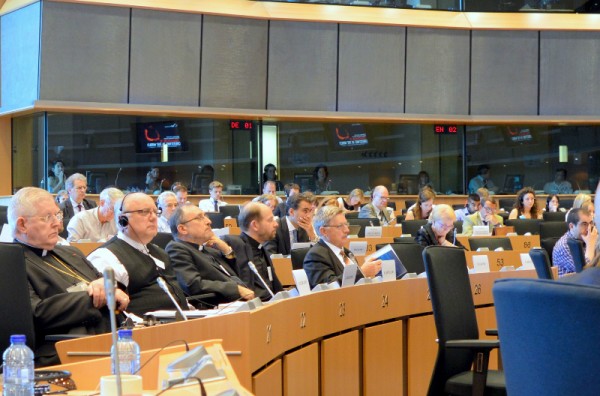 It was initiated by European People’s Party with the aim to call the European Union leaders and EU member states to make the persecution of Christians a priority in their foreign policy in pursuance of the Resolution adopted by the European Parliament on April 30, 2015, in relation to the killing of students in Kenya by terror group al-Shabaab.

The program of the conference included an introduction and two issue panel discussions concerning the situation in the Middle East countries, primarily Iraq and Syria, and the situation of Christians in other regions, especially in Asia and Africa.

The forum began its work with a minute of silence in memory of Christians victimized by Christianophobia.

The conference was addressed by officials of the European Parliament, prominent religious leaders and media persons. 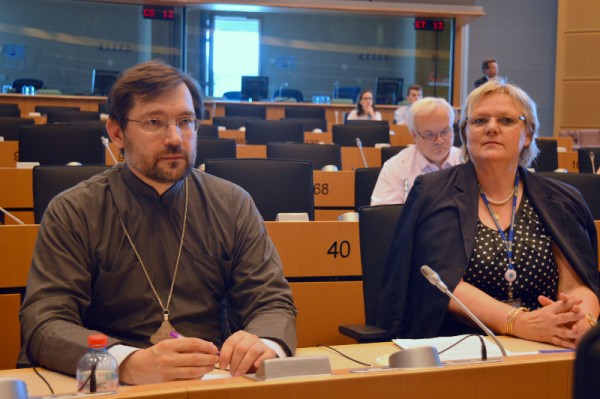 The speakers stressed that Christians are the most persecuted religious community in the world today; their rights and dignity are trampled in 75% of the countries in the world. This situation speaks of the existence of Christianophobia as a widely-spread phenomenon. The mass media would willingly report killings of Christians in the Islamic world while passing over in silence the cases of persecution taking place in other countries and in peaceful situations. Disrespect for freedom of faith inevitably begets the violation of other freedoms, political and economic.

In many countries, the discrimination of Christians has grown into mass persecution against people of other religions when the religious factor becomes an instrument of pressure brought to bear on dissent and disliked minorities. Thus, the persecution of Christians has become not only a humanitarian or confessional disaster but also a disturbing sign of the political degradation of society. A society in which there is no freedom of faith inevitably finds itself on the brink of civil war.

Summing up the discussions, European Parliament member Cristian Dan Preda said in particular that it should be admitted that it is easier today to reach a consensus in the European Parliament with regard to persecution for a faith or religious beliefs if Christians are not mentioned at all. Every day, reports are coming about glaring facts of discrimination against Christian, but publications in the mass media do not help towards a deeper understanding of the problem – they only build up fears. The religious component of the protection of Christians should become one of the key factors in the foreign policy work of the European Union for the sake of the preservation of peace.