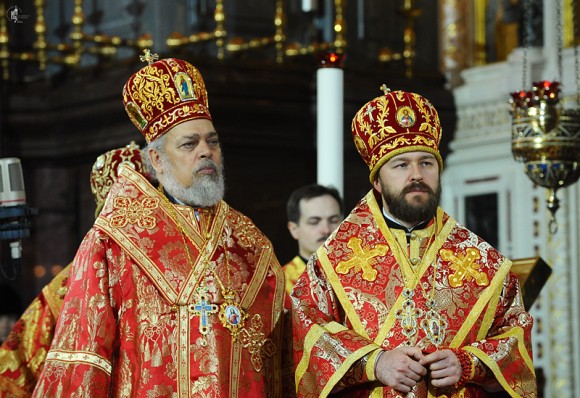 “Actions of Russian air forces were well-timed, otherwise radicals could have reached Lebanon by now,” the metropolitan told Interfax on Friday.

He also thanked Russians for humanitarian help that is regularly directed to those who suffered from the military actions in Syria and Patriarch Kirill for “providing financial help and political support of peaceful citizens – Christians and Muslims living in accord for centuries.”

Metropolitan Nifon, Lebanese by origin, is the rector of the Antioch representation in Moscow almost 40 years. The Antioch Church, represented by him, unites Orthodox believers of Syria, Lebanon, Iraq, Kuwait, the UAE, Bahrain, Oman and Arab parishes in Europe, America and Australia.