Source: DECR
Natalya Mihailova | 28 October 2014
On October 23, 2014, Hegumen Arseny, representative of the Patriarch of Moscow and All Russia to the Patriarch of Antioch and All the East, visited Tripoli, the second largest city in Lebanon reputed as “the northern capital” of the country. 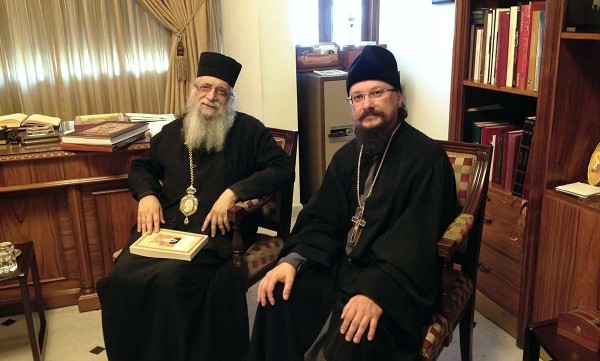 In conclusion of the meeting, Father Arseny presented Metropolitan Ephraim with a copy of Patriarch Kirill’s book Freedom and Responsibility published in Arabic in Lebanon, the website of the ROC Beirut representation has reported.