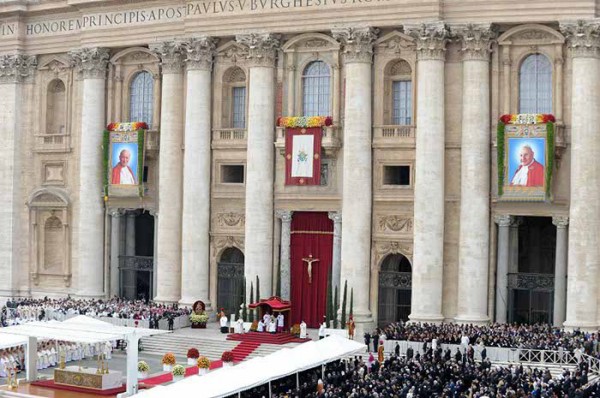 Attending the ceremony were representatives of the Armenian Apostolic Church, the Romanian Patriarchate and the Church of England. The Russian Orthodox Church was represented by the Revd. Alexei Dikarev, a staff member of the Department for External Church Relations.

Delegations of twenty-two countries, including the heads of states and governments and representatives of the diplomatic corps accredited at the Holy See attended the ceremony. Among those attending were President Giorgio Napolitano of the Republic of Italy, President Bronisław Komorovski of the Republic of Poland, King Juan Carlos I and Queen Sophia of Spain, and the former King of Belgium Albert II and Queen Paola.

Over one million believers have come to Rome from all over the world to attend the ceremony, and at least two billion people watched it on TV alive.