Source: DECR
Natalya Mihailova | 05 September 2014
On 27 August 2014, Hegumen Arseniy (Sokolov), representative of the Patriarch of Moscow and All Russia to the Patriarch of Great Antioch and All the East, met with the Patriarch of the Melkite Greek Catholic Church, His Beatitude Gregory III Laham. 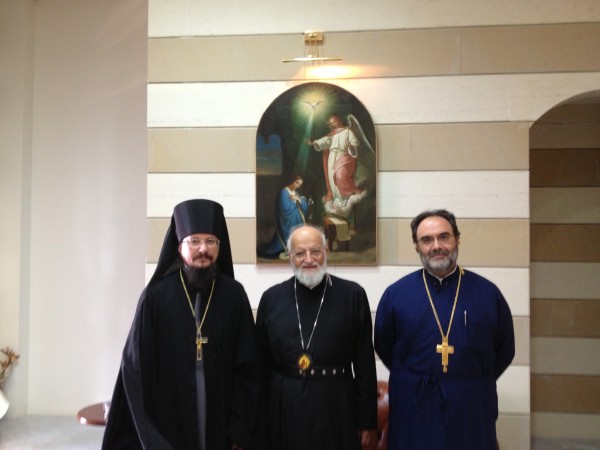 The meeting took place at the Patriarchal summer residence in Ain Traz, Lebanon. His Beatitude Patriarch Gregory III Laham told Hegumen Arseniy about the difficult situation of the Melkite Christians in war-torn Syria and Iraq.

On behalf of His Holiness Patriarch Kirill of Moscow and All Russia, Fr. Arseniy assured Patriarch Gregory III that the Russian Orthodox Church would continue to express her solidarity with Christians in the Middle East, to pray for them and raise her voice in their defence.