Source: DECR
Natalya Mihailova | 02 April 2015
On March 27, requiem service for the victims of the Alps air crash, which killed one hundred and fifty people, including the inhabitants of Düssseldorf, was held in the Basilica of St. Lambert, the main Catholic church in the city, press service of the Russian Orthodox Church representation in Germany reports. 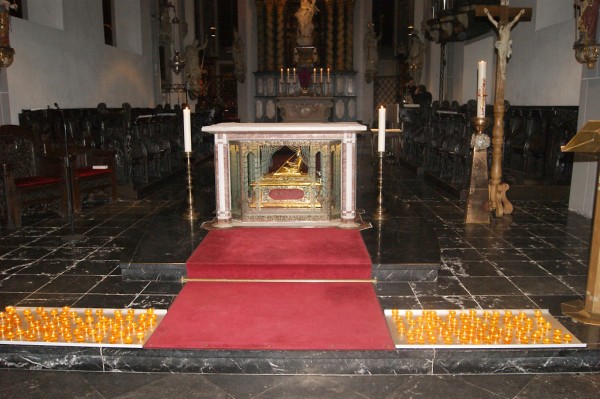 Earlier His Holiness Patriarch Kirill expressed his condolences over the death of the passengers and crew to King Felipe VI of Spain and to German Federal Chancellor Angela Merkel.

The divine service in the Basilica was organized by the Catholic and Evangelical Churches in the city.

Among those attending the service were the Revd. Viktor Yakim and a reader, Sergei Matanov, representing the stavropegic parish of the Intercession of the Mother of God in Düssseldorf and the Representation of the Russian Orthodox Church in Germany. After the service they expressed profound condolences to the Oberburgermeister of Düssseldorf.