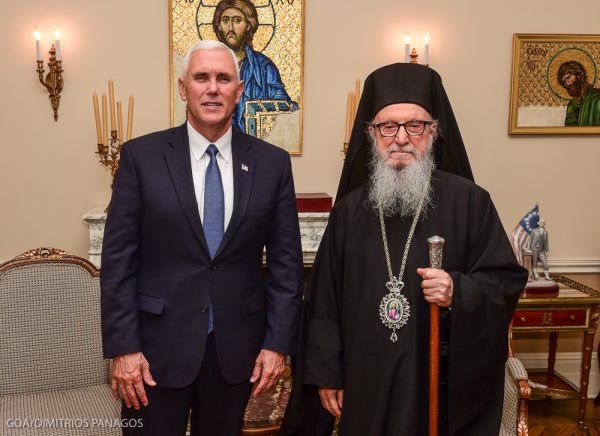 The two leaders had a very informative discussion. The rebuilding of Saint Nicholas Greek Orthodox Church and National Shrine at the World Trade Center, which is now in progress, was part of the discussion. Saint Nicholas was the only house of worship destroyed in the terrorist attacks of September 11, 2001. Also discussed was the importance of the institution of family.

Governor Pence was accompanied by his wife Karen and his daughter Charlotte. Archbishop Demetrios presented the Governor with two books, the first, In the World, Yet Not of the World: Social and Global Initiatives of Ecumenical Patriarch Bartholomew, and the second, Call to Faith, authored by His Eminence, in which the Archbishop, on the request of Governor Pence, inscribed a dedication.