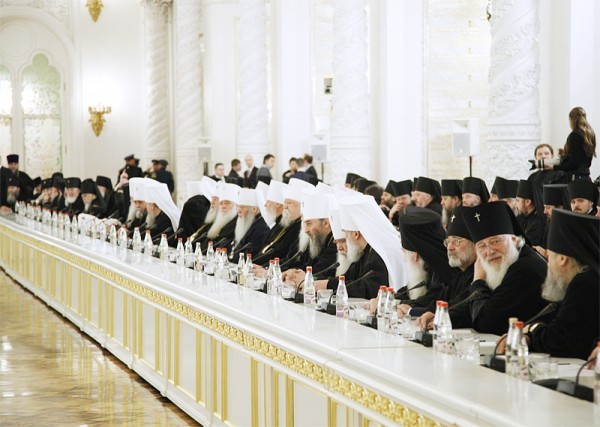 FULL TEXT OF THE DOCUMENT

With reference to the Pan-Orthodox Council, the Holy Synod ruled to propose to postpone it and also to withdraw from participating in the Council unless Bulgarian propositions for thematic and organisational changes were taken into account and addressed.

The Holy Synod adopted its position based on the following significant reasons and circumstances:

Following the vote, the Holy Synod of the Bulgarian Orthodox Church unanimously AGREED to:

The Pan-Orthodox Council is a synod of the Primates and representatives of all the universally recognised local Orthodox Churches of the world scheduled to be held from 18 to 26 June on the Greek island of Crete.  The representatives from the following fourteen local Autocephalous Orthodox Churches will take part in the work of the Council: the Church of Constantinople, of Alexandria, of Antioch, of Jerusalem, of Russia, of Georgia, of Serbia, of Romania, of Bulgaria, of Cyprus, of Greece, of Albania, of Poland, of Czech Lands and Slovakia.